Meniere’s disease (also called idiopathic endolymphatic hydrops) is one of the most common causes of dizziness originating in the inner ear. In most cases, only one ear (unilateral) is involved, but both ears (bilateral) may be affected. Ménière’s disease typically affects people between the ages of 40- and 60-years-old and can impact anyone. Occasional symptoms include vertigo (attacks of a spinning sensation), hearing loss, tinnitus (a roaring, buzzing, or ringing sound in the ear), and a sensation of fullness in the affected ear. These episodes typically last from 20 minutes up to eight to 12 hours. Hearing loss is often intermittent, occurring mainly at the time of the attacks of vertigo. Loud sounds may seem distorted and cause discomfort. Usually, the hearing loss involves mainly the lower frequencies, but over time this often affects higher tones as well. While hearing loss initially fluctuates, it often becomes more permanent as the disease progresses.

Although the etiology of Meniere’s disease is not well understood, it appears to be the result of the abnormal volume or composition of fluid in the inner ear. The inner ear consists of a system of connected tubes and cavities called a labyrinth. The outer ear consists of bone and is known as the bony labyrinth. A membranous labyrinth, made up of a soft structure of the membrane, is located inside the bony labyrinth and is similar in shape. The membranous labyrinth contains a fluid; hairlike sensors that line the membranous labyrinth respond to the movement of the fluid. This fluid needs to retain a certain volume, pressure, and chemical composition in order for all of the sensors in the inner ear to function properly. The following factors may change the properties of the inner-ear fluid and cause or trigger Meniere’s disease.

No single cause has yet been identified for Meniere’s disease; it may be caused by a combination of factors.

Autoimmune: There is some evidence that the body’s own immune mechanism may be responsible for the disorder.

Viral Infection: There is a possibility that a virus could be responsible for the disorder.

Heredity: Meniere’s disease could be a result of genetic variation and it could run in families.

Dietary: There is some evidence that shows excess salt intake can exacerbate the condition.

Other: Some other probable causes are stress, smoking, and alcohol.

The exact cause of Ménière’s disease isn’t clear, although it’s thought to be caused by a problem with the pressure in the inner ear.

The inner ear is made up of:

The fluid inside the inner ear is called endolymph.

If the pressure of the endolymph fluid changes – for example, because there is too much fluid – it can result in symptoms such as vertigo and tinnitus.

It’s thought that this pressure change is responsible for Ménière’s disease, although it hasn’t been proven.

Signs and symptoms of Meniere’s disease include:

Recurring episodes of vertigo: You have a spinning sensation that starts and stops spontaneously. Episodes of vertigo occur without warning and usually last 20 minutes to several hours, but not more than 24 hours. Severe vertigo can cause nausea.

Hearing loss: Hearing loss in Meniere’s disease may come and go, particularly early on. Eventually, most people have some permanent hearing loss.

Ringing in the ear (tinnitus): Tinnitus is the perception of a ringing, buzzing, roaring, whistling or hissing sound in your ear.

Feeling of fullness in the ear: People with Meniere’s disease often feel pressure in an affected ear (aural fullness).

After an episode, signs, and symptoms improve and might disappear entirely for a while. Over time, the frequency of episodes may lessen. There is no specific test for Meniere’s disease, but doctors use a range of tests in combination to help diagnose the disorder. These include:

Hearing tests – To test if hearing loss is specific to your inner ear. cator of Meniere’s.

Electronystagmography (ENG) – Measures involuntary eye movement while your balance is put under stress.

Magnetic resonance imaging (MRI) – Can be used to rule out disorders of the central nervous system that may be confused with Meniere’s disease, such as acoustic neuroma, Arnold-Chiari malformation and multiple sclerosis (MS).

Ménière’s disease does not have a cure yet, but your doctor might recommend some of the treatments below to help you cope with the condition.

Medications- The most disabling symptom of an attack of Ménière’s disease is dizziness. Prescription drugs such as meclizine, diazepam, glycopyrrolate, and lorazepam can help relieve dizziness and shorten the attack.

Salt restriction and diuretics- Limiting dietary salt and taking diuretics (water pills) help some people control dizziness by reducing the amount of fluid the body retains, which may help lower fluid volume and pressure in the inner ear.

Other dietary and behavioral changes- Some people claim that caffeine, chocolate, and alcohol make their symptoms worse and either avoid or limit them in their diet. Not smoking also may help lessen the symptoms.

Cognitive therapy- Cognitive therapy is a type of talk therapy that helps people focus on how they interpret and react to life experiences. Some people find that cognitive therapy helps them cope better with the unexpected nature of attacks and reduces their anxiety about future attacks.

Injections- Injecting the antibiotic gentamicin into the middle ear helps control vertigo but significantly raises the risk of hearing loss because gentamicin can damage the microscopic hair cells in the inner ear that help us hear. Some doctors inject a corticosteroid instead, which often helps reduce dizziness and has no risk of hearing loss.

Pressure pulse treatment- The U.S. Food and Drug Administration (FDA) recently approved a device for Ménière’s disease that fits into the outer ear and delivers intermittent air pressure pulses to the middle ear. The air pressure pulses appear to act on endolymph fluid to prevent dizziness.

Alternative medicine- Although scientists have studied the use of some alternative medical therapies in Ménière’s disease treatment, there is still no evidence to show the effectiveness of such therapies as acupuncture or acupressure, tai chi, or herbal supplements such as ginkgo Biloba, niacin, or ginger root. Be sure to tell your doctor if you are using alternative therapies since they sometimes can impact the effectiveness or safety of conventional medicines.

Surgery- Surgery may be recommended when all other treatments have failed to relieve dizziness. Some surgical procedures are performed on the endolymphatic sac to decompress it. Another possible surgery is to cut the vestibular nerve, although this occurs less frequently.

This procedure involves cutting the vestibular nerve in the inner ear, which is responsible for maintaining balance. This medical procedure relieves issues associated with vertigo spells while attempting to preserve hearing ability in the affected ear. The procedure requires administering general anesthesia and an overnight hospitalization of the patient. The theory behind the surgery is to convert an unstable labyrinth into a stable non-functional labyrinth.

This procedure best suits the patients who have severe hearing loss. The surgeon removes a section from the affected inner ear that governs balance and hearing ability.

There are no current guidelines to prevent Meniere disease. However, to help reduce your risk, avoid: 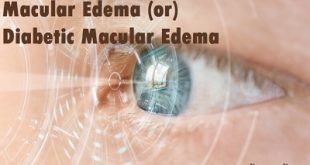 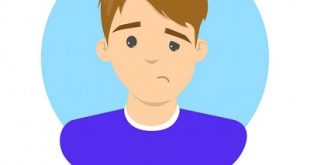 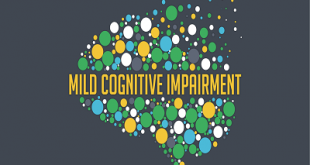 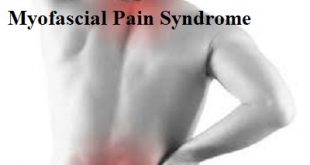