Cutaneous leishmaniasis causes ulcers on your skin. It’s the most common form of leishmaniasis. Treatment may not always be necessary depending on the person, but it can speed healing and prevent complications.

Visceral leishmaniasis is sometimes known as systemic leishmaniasis or kala-azar. It usually occurs two to eight months after being bitten by a sandfly. It damages internal organs, such as spleen and liver. It also affects your bone marrow, as well as your immune system through damage to these organs. The condition is almost always fatal if it’s not treated.

It is an ancient disease that may have been historically portrayed in figures, papyrus, statues and ceramics, and has been discussed from analysis of mummified human remains and archaeological findings (Altamirano-Enciso et al., 2003). The discovery of a chronic ulcer that heals over time has been cited under several names among the wider population of the Asian continent. However, the description of visceral leishmaniasis from historical papers is absent.

Reconstruction of the history of this disease has been facilitated by the collection of DNA and amplification of nucleic acids (PCR) from the mummies of Ancient Egypt in the region of Nubia. Several studies have also been performed using PCR to identify protozoan material from paleontological fossils.

The disease prevails throughout different geographical regions of the globe but occurs more specifically in the tropics and sub-tropics of Africa, South and Central America, the Middle East, Southern Europe, and Asia. According to the most recent reports by WHO and CDC, it affects people in nearly 88 developing and developed countries where about 350 million people are living in these regions. The disease is reported in approximately 12 million people worldwide with a recorded incidence of 1.5-2 million new cases each year of cutaneous form and 500,000 new cases of the visceral form of the disease

People can carry some species of Leishmania for long periods without becoming ill. Symptoms depend on the form of the disease. The main symptom of this condition is painless skin ulcers. Cutaneous symptoms may appear a few weeks after being bitten by an infected sandfly. However, sometimes symptoms won’t appear for months or years.

In people with the mucocutaneous form of the disease, symptoms usually appear one to five years after the skin lesions. These are primarily ulcers in their mouth and nose or on their lips. Other symptoms may include:

Symptoms often don’t appear for months after the bite with this type of leishmaniasis. Most cases are apparent two to six months after the infection occurred. Common signs and symptoms include:

Laboratory diagnosis can include the following:

Treatment is tailored to the individual because it is caused by many species or subspecies of Leishmania. Pharmacologic therapies include the following:

Local therapies for some forms of cutaneous leishmaniasis include the following:

Other important issues in the management are as follows:

When outdoors (or in unprotected quarters): 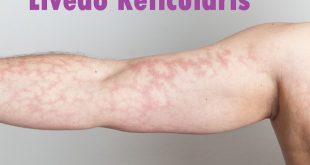