Hypocobalaminemia or Vitamin B12 deficiency, as the name indicates, it is a condition characterized by a lack of the water soluble vitamin known as B12. A deficiency of this vitamin, which is vital for physical processes, increases the risk of heart attack and can damage the nerve cells apart from giving rise to a host of other problems.

What is vitamin B12?

Also referred to as Cobalamin, it is an important vitamin that is necessary for a number of vital functions of the body. Along with the B vitamin folate, it helps create the genetic material of the human body. It helps maintain the levels of the amino acid known as homocysteine – which is supposed to reduce the risk of heart attacks. It is also important for the manufacture of red blood cells or RBCs which transport oxygen to various tissues of the body through blood.

Vitamin B12 was discovered in 1926 by Georg Richard Minot and William Parry Murphy, who found that eating large quantities of liver restored red blood cells in patients with pernicious anemia (the inability to make enough red blood cells). In 1934, both scientists, as well as George Whipple, won a Nobel Prize for their work in treatment of pernicious anemia. Vitamin B12 wasn’t officially isolated until 1948.

The prevalence of vitamin B-12 deficiency is difficult to ascertain because of diverse etiologies and different assays (i.e., radio assay or chemiluminescence). Affected individuals may number 300,000 to 3 million in the United States.

PA prevalence may be higher in white people and lower in Hispanic and black people. No known relationship exists between neurologic symptoms and race. Studies in Africa and the United States have shown higher vitamin B-12 and transcobalamin II levels in black than in white individuals. Additionally, blacks have lower HC levels and metabolize it more efficiently than whites.

In Europe and Africa, the prevalence of PA is higher in elderly women than men (1.5:1), while in the United States no differences exist. Men have higher HC levels at all ages. Pregnancy and estrogen replacement in postmenopausal women lower HC levels.

Common causes of vitamin B12 deficiency

A number of factors can affect your body’s vitamin stores. In general, your risk of vitamin deficiency is increased if:

Some risk factors are unique to specific vitamin deficiencies.

Risk factors for Hypocobalaminemia include:

Hypocobalaminemia should be suspected in the following circumstances and warrants further investigation: The consequences of clinically important decreases in vitamin B12, such as macrocytic anaemia, neuropathy and mental changes, can be profound. Specific signs and symptoms of Hypocobalaminemia include:

Long-time sufferers of this condition tend to develop PA. PA sufferers have a higher risk of developing stomach cancers. If left without being treated, the disorder can result in acute neuropathies which include

Long-term vitamin B12 deficiency can cause:

Those deficient in Vitamin B12 may also suffer from a lack of other important nutrients. In such cases, the condition may be complicated by the occurrence of a number of other nutritional disorders. In some rare cases, patients suffer from side effects arising due to Vitamin B12 supplementation. Very rarely, affected individuals suffer from hypersensitivity which is characterized by problems like:

Sometimes, extremely high doses may result in acne problems. Other rare side effects include:

Doctors usually begin the diagnosis of this syndrome by asking patients about the symptoms that they have been experiencing. This is followed by a physical examination, in which physicians look for the following symptoms:

Patients are likely to exhibit even more symptoms. Based on the severity of the disorder, they may also experience pinpricks and loss of temperature sensations. This may be followed by a number of tests, which include:

These exams reveal a deficiency in the level of B12 vitamin in blood. A lack of this component, and the presence of clinical symptoms of the disorder, confirm the diagnosis. Complete Blood Count (CBC) may indicate the presence of anemia.

In this method, a sufferer is administered with B12 in an injected or tablet form to assess whether it is being properly absorbed by the body.

In some cases, this exam may be carried out to diagnose the condition by allowing microscopic examination of cells.

If the levels of Vitamin B12 in blood are borderline, blood may be tested for metabolites such as Methylmalonic acid and Homocysteine. This can help either affirm or rule out the diagnosis of B12 deficiency.

Treatment involves raising your vitamin B12 levels and will vary based on the cause of your deficiency. Your doctor may recommend:

Treatment for this condition involves replacing the missing vitamin B12. People who cannot absorb B12 need regular injections.

When injections first are administered, a patient with severe symptoms may receive five to seven during the first week to restore the body’s reserves of this nutrient.

A response usually is seen within 48 to 72 hours, with brisk production of new red blood cells. Once B12 reserves reach normal levels, injections of vitamin B12 will be needed every one to three months to prevent symptoms from returning.

People who cannot absorb vitamin B12 should continue to eat a well-balanced diet that provides other nutrients (folic acid, iron and vitamin C) necessary to produce healthy blood cells.

Sometimes people can take high doses of oral B12 to provide replacement instead of undergoing injections, but a physician should closely supervise this.

In people whose vitamin B12 deficiency is related to overgrowth of intestinal bacteria, treatment with oral antibiotics, such as tetracycline (sold under several brand names), may stop bacterial overgrowth and allow the absorption of vitamin B12 to return to normal.

Vitamin B12 deficiency resulting from inadequate dietary intake is the easiest to treat. The condition can be reversed by taking oral vitamin B12 supplements and adding foods containing B12. When the anemia is severe and the red blood cell count is extremely low, blood transfusions may be necessary for the first couple of days until the vitamin B12 injections begin working. 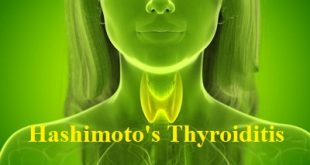 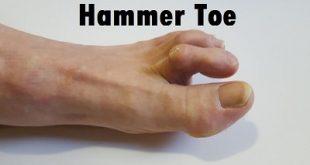 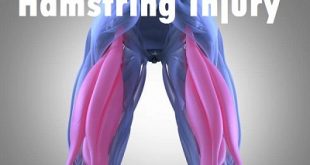 Hamstring Injury or Strain – Grades of Injury, Causes and Complications 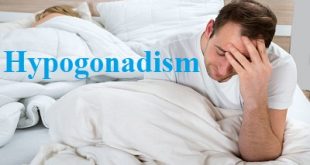 Overview Hypogonadism is a condition that causes decreased function of the gonads, which are the …