Gout is one of the most painful forms of arthritis. It occurs when too much uric acid builds up in the body. The buildup of uric acid can lead to: For many people, the first attack of gout occurs in the big toe. Often, the attack wakes a person from sleep. The toe is very sore, red, warm, and swollen. The history of gout goes back over 4,000 years. Gout is a very old, and distinguished, disease known to the ancient Egyptians, Greeks and Romans. The name of the disease, gout, from the Latin Gutta (drop) was first christened with a variety of additional names depending on where in the body the attack took place. Podagra, if it was the joint connecting the big toe to the foot; gonagra in the knees; chiagra in the hands.

Around 400 B.C. Hippocrates (466-377 B.C.), thought its cause was connected to the four humours (humors) which, if in balance in the body delivered health, and if out of balance delivered illness.

Claudius Galen, (129 – 199-217 AD), physician to five Roman Emperors in the 2nd century AD, believed in an annual bleeding to re-balance the out-of-balance humours that had or would develop as a consequence of over eating and drinking, or of too much sexual activity (if you were a man – they didn’t think women got gout until later in life, and generally that’s correct).

In 1859 Garrod, completed “The Nature and Treatment of Gout and Rheumatic Gout”. One of his ten propositions in this book stated firmly and clearly that the gout inflammation was caused by the deposited urate of soda (uric acid). Another, that an excess of uric acid (today we’d call it hyperuricemia) led to crystallisation and inflammation.

‘Martindale: the extra pharmacopoeia’, recommended X-rays, after their invention in 1895, alongside radium and radioactive waters, as a gout treatment in its 1915 and 1932 editions.

Non-steroidal anti-inflammatory drugs recommended for gout have included phenylbutazone (since the 1950s), indo-metacin (1960s), propionic acid deriv-atives, such as naproxen and piroxicam (1970s), and diclofenac (1980s).

In May 2008, febuxostat was the first new type of gout medicine in four decades to receive EU marketing authorisation. It works as a selective xanthine oxidase inhibitor, lowering the levels of uric acid in the body so that crystals cannot form.

The prevalence of gout increases with age in all countries; prevalence in men is significantly higher than it is in women, at a ratio of 3 to 4:1. Gout prevalence is lower in developing countries, from 1.7% in Indonesia; to 0.3% to 0.4% in Mexico, Cuba, and Venezuela; and < 0.5% in several Asian countries.

Gout is caused by the buildup of too much uric acid in the body. Uric acid comes from the breakdown of substances called purines. Purines are found in all of your body’s tissues. They are also in many foods, such as liver, dried beans and peas, and anchovies.

Normally, uric acid dissolves in the blood. It passes through the kidneys and out of the body in urine. But uric acid can build up in the blood when:

When uric acid levels in the blood are high, it is called hyperuricemia. Most people with hyperuricemia do not develop gout. But if excess uric acid crystals form in the body, gout can develop. You are more likely to have gout if you:

Since gout is directly related to uric acid levels in the blood, risk factors are primarily associated with the production and excretion of uric acid in the body.

How is gout diagnosed?

Gout can be difficult for doctors to diagnose because the symptoms may be non-specific and they often mimic other conditions such as joint infections. A doctor who suspects a joint infection will have to rule out infectious arthritis and establish a diagnosis of gout. As a result of this, it is important for doctors to carry out certain tests in order to be sure of the right course of treatment and correct diagnosis.

High blood levels of urate without symptoms (asymptomatic hyperuricaemia) should not be treated with medications. In general, management of gout should begin with reducing or eliminating factors contributing to high serum urate levels:

The first goal is to treat the inflammation. It is important to commence treatment upon symptom onset as this reduces the duration and severity of attacks. Delayed commencement of appropriate medications may cause the resident distress and potentially lead to hospitalization.

Medications used to treat an acute attack of gout include NSAIDs, corticosteroids or colchicine. Most people will have complete resolution of symptoms within 5 days.

Reintroducing uricase, the enzyme lost in evolution, at first glance seems like a brilliant idea, but the problem is that our immune system never learned to tolerate it. Over time, we are bound to raise antibodies against it, in the best case making it ineffective, in the worst case producing more problems than we had before. So, it’s either for desperate situations or for short-term indications. Two forms are used:

Fortunately, surgery is rarely required for gout. Occasionally surgery must be considered for patients who have suffered from gout over a long period of time. It is used to remove particularly problematic tophi or to repair badly damaged joints. Generally, with proper medication and treatment, these severe situations are avoided.

Lemon Juice – Lemon juice possesses a high content of vitamin C. Other than that, it is alkaline and acidic in nature. All these properties of lemon juice enable it to effectively control the uric acid level and prevent it from going above the optimum level.

Baking Soda – Another home remedy that is enriched with alkaline properties is baking soda. It prevents a build-up of uric acid and, most importantly, it prevents the diseases caused by the high uric acid level.

Cherries – Since ancient times, this fruit has been consumed to naturally bring down the uric acid level. Cherries contain a particular type of a flavonoid that plays a huge role in regulating the level of uric acid.

Olive Oil – It is great for neutralizing the uric acid level. Studies claim that olive oil cuts down the excess amount of vitamin E present in the system, which can eventually lead to a high and potentially dangerous level of uric acid.

Avocado – One mineral that can do wonders to control the uric acid level is potassium.

Celery Seeds – Using celery seeds to control uric acid level is an age-old trick. Celery seeds are known to play a big role in keeping the uric acid level under control. You can include these medicinal seeds in your diet to reap the benefits.

It cannot be completely cured. But it can be prevented by administering medication which can prevent further attacks.

What you can do to avoid developing gout?

During symptom-free periods, these dietary guidelines may help protect against future gout attacks: 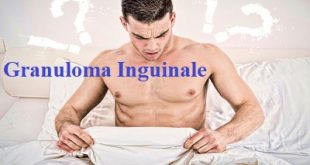