Infection in tongue due to oral sex

The exact time when gonorrhea started cannot be ascertained. Earliest records of the disease are found from 1611 when the English parliament enacted a law to ensure that the spread of the infection is decreased and curbed.

This was followed by a similar law in 1256 in France during the reign of Louis IX. The symptoms of the infection were observed when the crusaders lay siege of Acre. After the Pope Boniface secularized the practice of medicine, the doctors began to treat common men as well as prostitutes for this infection.

In 1879 Neisser discovered the gonococcus or Neisseria gonorrhoeae and it was soon proven to be the causative agent of gonorrhoea. He demonstrated its presence consistently in patients with symptoms. In addition, when discharge and cultures of gonococci was introduced into the urethra of healthy men, it caused the disease

Gonorrhoea was referred to as the clap. According to some historians the name came about because the infected person would experience a clapping sensation that appeared suddenly when urinating.

The earliest treatment of gonorrhea was with the use of mercury. Earliest findings from an English warship “Mary Rose” show that several special surgical tools were used to inject mercury via the urinary opening.

In the 19th century gonorrhea was treated with the help of silver nitrate. Silver nitrate was soon discontinued and instead protargol was used which a type of colloidal silver was sold by Bayer from the year 1887.

Around 1859 another treatment was popular. These were cubebs, an Indonesian variety of pepper of which the dried powdered unripe fruit was used, and balsam of copaiba (or copaiva), which was extracted from a South American tree. The indication of their effectiveness was cessation of the discharge.

In the 1890s the first vaccine prepared from killed gonococci taken from Neisser’s laboratory. This vaccine was introduced in 1909.

Before antibiotics came into being metals were tried against the infection this included arsenic, antimony, bismuth, gold etc.

The use of other drugs for treatment continued right until the 1940s till antibiotics – notably Penicillin – came into use. Other antibiotics that arose during this time were the sulphur compounds or Sulphanilamide, Sulfapyridine and sulfathiazol.

Penicillins continued to be mainstay of therapy until 1970’s. In 1980 the first gonococcus isolates were identified that were resistant to penicillin. In 1983 a local epidemic caused by a penicillin resistant strain occurred in North Carolina. Patients were successfully treated with spectinomycin.

The World Health Organization (WHO) has estimated the global incidence of several sexually transmitted infections (STIs) among individuals aged 15 to 49 years based on data from regions that have good case-based surveillance systems as well as data from population-based studies. In 2008, the WHO estimated global incidence of N. gonorrhoeae was 106 million cases, which represented a 21 percent increase over the estimate for 2005.

The highest incidence areas included Africa and the Western Pacific (including China and Australia) regions. In one review of infections during pregnancy in sub-Saharan Africa, the prevalence of sexually transmitted and reproductive tract infections was comparable with that of malaria. The prevalence of N. gonorrhoeae during pregnancy ranged from 1.5 percent in West and Central Africa to 4.9 percent in East and Southern Africa.

Factors that may increase your risk of gonorrhea infection include:

Gonorrhoea symptoms normally appear within 10 days of infection but they can occur many months later. Roughly 10% of men and 50% of women will not experience any symptoms at all.

In women, symptoms include:

If you get treatment for gonorrhoea early, it’s less likely to cause you any further problems. If you don’t get treatment, there’s a risk the infection might spread to other parts of your body and cause complications. Not everyone who gets gonorrhoea will have complications, but the more times you have the infection, the greater your chance of becoming infertile, for example.

The infection can potentially spread to other parts of your body too. You can get symptoms such as:

Testing for gonorrhoea can be done by:

It is important to receive treatment for gonorrhoea as quickly as possible. It is unlikely the infection will go away without treatment and, if you delay treatment, you risk the infection causing complications and more serious health problems. You may also pass the infection onto someone else.

Gonorrhoea is treated with a single dose of antibiotics, usually one of the following:

The antibiotics are either given orally (as a pill) or as an injection.

Abstaining from sexual intercourse – until treatment is complete, there is still a risk of complications and spread of infection.

Repeat testing in some cases – it is not always necessary to be tested to make sure the treatment has worked. However, the CDC recommends retesting for some patients, and a doctor will decide if it is necessary. Retesting should be performed 7 days after treatment.

If a woman is pregnant and infected with gonorrhea, the infant will be given an eye ointment to prevent gonorrhea transmission. However, antibiotics may be required if an eye infection develops.

Gonorrhoea can be successfully prevented by: 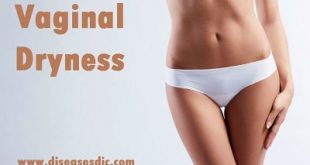 Definition Gastroparesis means partial paralysis of the stomach. The word ‘gastro’ refers to the stomach, …