An individual with anorexia nervosa has an intense fear of gaining weight even when they are underweight. Hence, they eat very less quantity of food. As they are lacking with enough nutrients, their body becomes starved and their body shape gets distorted. They sometimes insist on others that they are stout or some body parts are too large. Since AN effects both physically and psychologically, AN person will say that they are healthy, despite being in low weight. But their family, friends, and neighbors know their friend is dangerously underweight.

It usually affects the teenage people more commonly in the girls than the men. Untreated AN can lead to serious health effects like starvation, kidney problems, osteoporosis, and heart problems. Some may die in severe AN cases. Anorexia nervosa develops during the age of puberty.

There are two types of anorexia;

An individual with this type of anorexia nervosa does severe restrictions and hesitation in the quantity of food. These may include, skipping meals, counting the calories and following a very poor diet. Their behaviors may be expressed as often doing exercise.

People with this type have the same restrictions on the food they consume but in a different way. Usually, these individuals eat an enormous amount of food they need. But after finishing their meals or breakfast they compensate for the food they consumed by purging out the food through vomiting or using the laxative, enema, and diuretics.

The first report of AN was dated from 12th and 13th in the western countries. Most famously Saint Catherine of Siena, who restrict herself food as a part of a spiritual denial of self. In the early 20th century anorexia was considered as an endocrine disorder and was treated with pituitary hormones.

One national comorbidity survey of several thousands of US households found a lifetime prevalence estimated that AN to be 0.9% for females and 0.3% for males. It was estimated that 3 in 10 patients are male, but many males do not present for treatment, thus, about 90% of patients diagnosed were female. Some reports have stated cases of anorexia among preadolescent boys to be quite high at a ratio of boys to girls of 1:4.

The main symptoms of anorexia nervosa are losing a lot of weight, the behavior may obsessive and compulsive and other symptoms include:

The other physiological symptoms such as

Complication of anorexia nervosa is most severing and sometimes it may lead to sudden fetal death. Other complications such as follows:

If the person is severely malnourished, every organ may get damaged and it cannot be reversible even anorexia is under controlled. People with anorexia also commonly have other mental disorders as well. They may include:

The early diagnosis of anorexia nervosa improves the condition much better and the chance of good outcome. The full medical history helps to diagnose the anorexia nervosa.

The physician asks about the weight loss, how they feel about their weight and about menstrual cycle for women’s. For the person who is obese is not easy to confirm a diagnosis. Some of the exams and tests are as follows:

Lab tests: the blood tests can be carried out to find the complete blood count test and more specialized blood tests to check the function of liver, erythrocytes, and proteins as well as kidney and thyroid. Sometimes urine analysis can also be done.

Psychological evaluation: Your mental health doctor may ask about your eating habits, thought, and feelings. Also, be asked to complete the psychological self-assessment questionnaire.

Physical exam: This included the examination of your weight loss, and to measure your height, blood pressure, heart rate and temperature.

Other studies: Bone density can be check by using X-ray, to check the broken bones and fractures and also to check the heart problems or pneumonia. ECG may also do to find the abnormalities in the heart. The energy uses the body can also be checked by a test, which helps in planning nutritional requirements.

The treatment team has doctors, dietitians and therapists are required for the eating disorders. There are three necessary components of treatments involves are as follows:

Nutritional: In this treatment involves the addressing of diet maintenance, weight restoration, implementation and supervision of a tailored meal plan, and education about normal eating patterns.

Medical: The highest priority in the treatment of anorexia nervosa is addressing any serious health issues that may have resulted from malnutrition, such as an unstable heartbeat.

Therapy: The goal of this part of treatment is to recognize underlying issues associated with the eating disorder, address and heal from traumatic life events, learn healthier coping skills and further develop the capacity to express and deal with emotions.

There is no known way to prevent anorexia nervosa. Early treatment may be the best way to prevent the disorder from progressing. Knowing the early signs and seeking treatment right away can help prevent complications of anorexia. 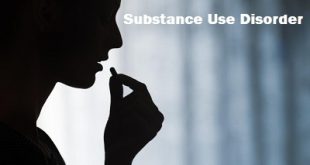 Substance Use Disorder or Drug Addiction – Symptoms, and Prevention. 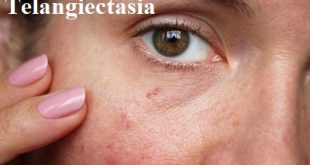 Definition Anosmia is the full loss of smell. Anosmia can be a temporary or permanent …