Angioedema is a skin reaction similar to urticaria. It is most often characterised by an abrupt and short-lived swelling of the skin and mucous membranes. All parts of the body may be affected but swelling most often occurs around the eyes and lips. In severe cases, the internal lining of the upper respiratory tract and intestines may also be affected. There are four main kinds of angioedema: Allergic, idiopathic, drug-induced, and hereditary.

This is the most common type, and it usually affects those with an allergy to a type of food, a medication, venom, pollen, or animal dander.

In serious cases, there may be a severe allergic reaction known as anaphylaxis. The throat may swell, making it hard for the patient to breath. Blood pressure may fall suddenly. This is a medical emergency.

This type of angioedema is not chronic, or long-term. As soon as the individual identifies which item is causing the allergic reaction, they can avoid it.

Certain medications can cause angioedema. These include angiotensin-converting enzyme (ACE) inhibitors, a treatment for hypertension, or high blood pressure.

According to the Merck Manuals, 30 percent of cases of angioedema that are seen in the emergency department are linked to the use of ACE inhibitors.

If it stems from using an ACE inhibitor, a healthcare provider can prescribe a different type of blood pressure medicine.

Another common type of medication that can cause angioedema is the non-steroidal anti-inflammatory class of drugs (NSAIDS) such as ibuprofen or aspirin. These are common painkillers.

If a disease is idiopathic, the cause is unclear. In this case, the doctor may not be able to identify a specific cause for angioedema after looking at all of the usual causes.

Some types of are inherited. This means that several people in the family may have symptoms.

In the case of hereditary angioedema, there is a problem with the C1 inhibitor protein. The patient will have low blood levels of the protein C1-esterase inhibitor (C1-1NH protein).

Angioedema is a result of the fast onset of an increase in local vascular permeability in subcutaneous or submucosal tissue. Histamine and bradykinin are the most recognized vasoactive mediators known to be critical in the pathologic process of angioedema; most cases of it are primarily mediated by 1 of these 2 mediators, though some investigators indicate the possibility that both may be involved in certain cases.

Other vasoactive mediators are, at least in part, involved in the pathogenesis of various types of angioedema. Leukotrienes, for example, may play an important role in the onset of angioedema that is induced by nonsteroidal anti-inflammatory drugs (NSAIDs). Thus, factors influencing histamine release, bradykinin metabolism, and endothelial cell function or permeability may directly or indirectly regulate the process of angioedema.

Angioedema may be caused by an allergic reaction. During the reaction, histamine and other chemicals are released into the bloodstream. The body releases histamine when the immune system detects a foreign substance called an allergen.

In most cases, the cause of angioedema is never found.

The following may cause angioedema: Hives and angioedema may also occur after infections or with other illnesses (including autoimmune disorders such as lupus, and leukemia and lymphoma).

A form of angioedema runs in families and has different triggers, complications, and treatments. This is called hereditary angioedema.

Certain factors can increase your risk of developing angioedema. These include:

The main sign is swelling that develops below the skin’s surface.

The swelling is caused by a collection of fluid in the deep layers of the skin.

It most often affects the hands, feet, eyes, lips, or genitals. In severe cases, the inside lining of the throat and bowel can be affected (see below).

The swelling usually appears suddenly, and is more severe than normal hives (nettle rash). It commonly lasts 1 to 3 days. There may be a prickling sensation in the affected area before swelling is visible.

The swelling is not itchy and the skin may look a normal colour; however, many people with allergic or idiopathic angioedema also develop urticaria (hives), which is red and itchy. As well as visible swellings, angioedema can cause other symptoms, including: In some cases, angioedema can be very extreme and lead to complications like:

Such complications of angioedema require immediate medical intervention and treatment.

If you have experienced angioedema for the first time, your doctor will try to work out what may have caused it. There are several different causes of angioedema. It’s important to know what’s causing your symptoms, as this affects the treatment you’ll need. There’s no single test to determine the cause of it. Some of the checks and tests you may have are outlined below.

A detailed medical history is invaluable in diagnosing angioedema.

Skin prick testing may be performed to try and identify any allergens. If hereditary angioedema is suspected, blood tests to check for levels and function of specific complement blood proteins may be done.

If your doctor thinks your symptoms may have been caused by an allergy, they may refer you to a specialist allergy or immunology clinic for further testing.

Tests you may have include:

If your doctor thinks your symptoms may be caused by a genetic fault (hereditary angioedema) you’ve inherited from your parents, they may refer you for a blood test.

The test checks the level of a substance called C1 esterase inhibitor in your blood. This substance is important in regulating the immune system.

A very low level of C1 esterase inhibitor would suggest you have hereditary angioedema affecting how much of this substance your body is able to produce.

Medication is the main treatment for angioedema, although many cases get better after a few days without treatment.

Allergic angioedema and idiopathic angioedema are usually treated in the same way, using a combination of antihistamines and corticosteroids to help relieve the swelling.

Drug-induced angioedema can usually be treated by using an alternative medication to the one causing your symptoms.

If you also had symptoms of anaphylaxis during an episode of it, you will probably be given an adrenaline auto-injector pen in case your symptoms return.

Hereditary angioedema cannot be cured and does not respond to adrenaline, antihistamines or steroids, so a preventative approach is taken. A number of different medications are used to stabilise the protein levels in your blood to help prevent symptoms developing.

A minority of people will still experience drowsiness after taking the newer type of antihistamines. If you find yourself feeling drowsy, you should avoid:

Other side effects of the newer antihistamines include:

These side effects are usually short-lived and should pass quickly.

Corticosteroids (steroids) work by blocking many of your immune system’s actions. In most cases, a 3 to 5 day course of steroid tablets is recommended. A steroid called prednisolone is the preferred choice.

Side effects of prednisolone include:

If you feel dizzy after taking prednisolone, avoid driving and operating heavy machinery. These side effects should pass once you finish the course of treatment.

Steroid injections may be needed for more severe cases of this disease. These are usually administered in hospitals or at specialist clinics by an allergy specialist or immunologist (a doctor who specialises in treating conditions that affect the immune system).

The medication used to treat hereditary angioedema falls into 1 of 2 categories:

Danazol is a synthetic hormone that is effective in preventing the symptoms because it helps boost levels of the C1-inh protein.

However, danazol can cause a number of unpleasant side effects if used on a long-term basis. For example, it may cause:

Due to these side effects, many people with hereditary angioedema are uneasy about using danazol on a long-term basis. Stanozolol is a similar medication that is slightly better tolerated.

Tranexamic acid is also an alternative medication to danazol. It can be as effective as danazol, but does not cause as many side effects and is preferred for use in women.

Icatibant is a relatively new medication used to treat acute (short-lasting) episodes of swelling. It works by blocking the effects of some of the chemicals that are responsible for causing the swelling in cases of hereditary angioedema.

Icatibant is given by injection under the skin, and a second injection is often required.

Common side effects of icatibant include:

Purified C1-inhibitor concentrate is widely used to replace the missing protein in the blood. It’s needed for patients undergoing surgery, to prevent attacks caused by surgical trauma. It’s used to treat acute attacks and is injected directly into the vein.

Many patients will keep supplies of their concentrate at home for emergency use. 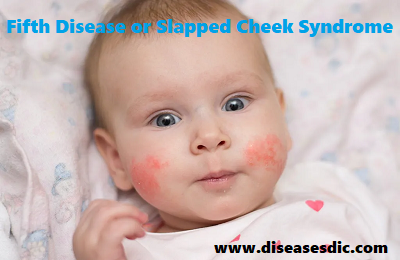 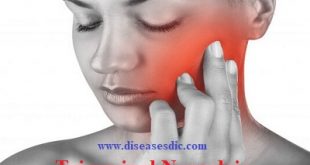 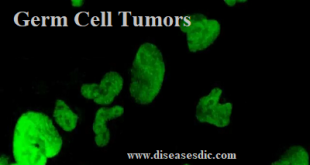