Amblyopia, also known as lazy eye, occurs when one eye becomes weaker than the other during childhood. The brain favors the better eye, thus, allowing the weaker eye to get worse over time. Early screening is important. This is because treatment is more effective when started early. Treatments include an eye patch or glasses. Amblyopia in the left eye

When a person has amblyopia, the brain focuses on one eye more than the other, virtually ignoring the lazy eye. If that eye does not receive proper stimulation, the nerve cells responsible for vision do not mature as they should. In a child with lazy eye (amblyopia), one eye has blurred vision, and the other has a clear vision. The brain begins to ignore the blurry eye and uses only the eye with clear vision. Eventually, the brain learns to rely on the stronger eye, allowing the weaker eye to worsening. There are three types of amblyopia that result from suppression of vision in one or both eyes. The difference is in the root cause of the suppression.

Refractive Amblyopia is also known as anisometropic amblyopia. This occurs when there is a high degree of nearsightedness or farsightedness in one or both eyes.

This form of amblyopia may occur when there is a focusing difference between the two eyes. This may be caused by conditions such as astigmatism, hyperopia, or myopia. The brain only sees with the stronger eye, and as a consequence, the vision in the weaker eye does not develop.

Strabismic Amblyopia is caused by a misalignment of the eyes. The weak eye is often suppressed to prevent double vision, or diplopia. In strabismic amblyopia, the cortical ocular dominance columns remain structured, even in cases of moderate amblyopia. Only in cases of deep amblyopia are there reports of alteration of dominance columns.

Although the cortical cellular apparatus is relatively preserved, many functional changes occur in the visual system. There is active and deep suppression of the dominant eye over the deviating eye, retinal correspondence is completely lost, and cellular interactions are altered.

The least common type of Amblyopia is deprivational amblyopia, which is caused by a deprivation of vision in early childhood. This is often caused by congenital cataracts. Deprivation amblyopia is the most severe form of this condition and can result in permanent vision loss if left untreated. This form of amblyopia occurs when one eye is deprived of clear visual signals, usually due to another eye health problem such as a cataract.

With monocular visual deprivation during visual development, there is competition between the neural networks of the two eyes for impact on cortical neurons. Different aspects of neuronal selectivities, such as synaptic plasticity, activity-dependence, and neuronal network learning, have different sensitive periods and are therefore affected differently by the types of vision deprivation involved.

It is the anatomic relationships of photoreceptors to ganglion cell receptor fields, ganglion cell receptor fields to the layers in the lateral geniculate, and the lateral geniculate to the layers of the visual cortex that determine amblyopia. The age of onset and duration of the disability determines its depth. The earlier the onset and the longer it goes untreated, the harder amblyopia is to correct.

The Image from One Eye is Suppressed in the Brain (Suppression) The following visual conditions can cause suppression of one eye’s image in the brain which can cause the development of a lazy eye condition:

Strabismus: the two eyes do not aim at the same place, so the brain will suppress — block, ignore, inhibit — one eye in order to avoid confusion and/or double vision (diplopia). This type of lazy eye condition is easier to detect because there is an eye turn that is visible to the outside observer.

Refractive Amblyopia (a type of anismetropic amblyopia): one eye sees clearly and the other eye sees blurry (the brain will suppress the eye with the blur).

Anismetropic Amblyopia: the two eyes have significant differences in eyesight, visual perception, or prescription (e.g., differences in astigmatism, nearsightedness, farsightedness, etc.). In this case, the brain perceives two mismatching images and opts to throw one out (suppress) to avoid rivalry between the two eyes or double vision (diplopia) . This type of lazy eye often goes undetected and untreated because there can be no visible eye misalignment or the eye turn is occasional.

Convergence Insufficiency: this common near vision disorder can cause suppression in one eye, but because the suppression is occasional (intermittent) and/or might alternate between one eye and then, the other, it rarely leads to a true lazy eye condition (Amblyopia).

Signs and symptoms of lazy eye include:

Sometimes the lazy eye is not evident without an eye exam.

Certain complications can occur with amblyopia, including:

Blindness: If untreated, the person may eventually lose vision in the affected eye. This vision loss is usually permanent. According to the National Eye Institute, lazy eye is the most common of single-eye vision impairment in young and middle-aged adults in the U.S.

Eye turn: Strabismus, where the eyes are not aligned, can become permanent.

Central vision: If children do not receive treatment for amblyopia, their central vision may not develop correctly. This may affect their ability to do certain tasks.

Some kids are born with amblyopia and others develop it later in childhood. The chances of having amblyopia are higher in kids who:

Early diagnosis increases the chances of a full recovery. The American Optometric Association recommends that children have a thorough vision screening before 6 months of age and again before they’re 3 years old.

What tests can diagnose amblyopia?

A pediatrician, school vision program, optometrist or ophthalmologist can test a child’s vision for amblyopia. The screener may:

Lazy eye is generally treated by forcing the nonworking eye to work more actively. Lazy eye should be treated in early childhood to prevent it from becoming permanent, but studies have shown that older children may also benefit from treatment.

The standard treatment method for lazy eye, an eye patch is placed on the stronger eye in order to restore the brain’s attention to the visual input from the weaker eye. This allows proper visual development to occur in the weaker eye. When dealing with lazy eyes from refractive errors, vision restoration can be achieved with vision correcting glasses or contact lenses.

Similar to the patch method, this treatment is administered in the form of eye drops into the stronger eye, which temporarily weakens its vision. This restores the connection between the brain and the weaker eye to strengthen its visual input. This treatment involves constant dilation of the strong eye, which can bring about light sensitivity and difficulty in clearly seeing near objects during treatment. This form of treatment is most useful for farsighted prescriptions.

Treatment of strabismic amblyopia often involves strabismus surgery to align the eyes. This surgery is typically followed by additional treatment methods such as the use of an eye patch on the stronger eye, atropine eye drops on the stronger eye, and/or eye therapy exercises to strengthen the weaker eye. In some cases, more than one strabismus surgery may be needed. Treatment of deprivation amblyopia will usually require an operating room procedure, such as cataract surgery, droopy eyelid surgery, or the surgical removal of corneal scars. You can’t prevent amblyopia or the other vision problems that may cause it. But you can stop it from getting worse or causing permanent problems. The best way to prevent vision loss from amblyopia is to get regular eye exams. Make sure your child has a thorough eye exam by the age of 6 months and then again by 3 years. 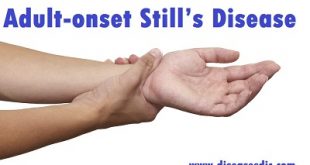