Whipworm infection is an infection of the large intestine with a type of roundworm. Whipworm (Trichuris trichiura) is an intestinal parasite of humans. The larvae and adult worms live in the intestine of humans and can cause intestinal disease. The name is derived from the worm’s distinctive whip-like shape. Although evidence of whipworm infections have been found in preserved bodies of prehistoric man, the first written record of Trichuris trchiura was in 1740 when Morgani, an Italian scientist, discovered the residence of adult T. trichiura worms in the colon. Later in the eighteenth century the organism was classified taxonomically, and in 1761 Roedere, a German physician, exactly described the morphology of the worm. His report included drawings that are considered accurate by current scientific standards.

Although it can be found almost all over the world, Trichuriasis is common in tropical areas with poor sanitation. Worms require hot and humid environments to develop outside the host in the soil. However, sanitation is key in predicting whether or not a particular area is endemic. Areas without sanitary systems to separate feces and food will have more T. trichiura infections. In places where human feces are used as fertilizers, whipworm infections are common and hard to eliminate from the population. In some parts of Asia prevalence rates are as high as 50 to 80%.

The estimated numbers of the number of people infected worldwide covers a large range, although it is generally agreed that somewhere around 500 million people are infected. This makes it the third most common nematode infection in the world.

Whipworm can be found all over the world, including Europe and North America, where it is most frequent in rural areas of the southeast. In a study conducted by the CDC and state health departments in 1987 1.2% of 216,275 random stool samples were found to be infected with Trichuris trichiura. The only nematode infection with a higher rate of prevalence in the study was Ascariasis.

Children also have a higher risk of getting a whipworm infection. They often play outdoors and might not wash their hands thoroughly before eating.

How is whipworm spread?

Whipworms live in the intestine and whipworm eggs are passed in the feces of infected persons. If the infected person defecates outside (near bushes, in a garden, or field), or if the feces of an infected person are used as fertilizer, then eggs are deposited on the soil. They can then mature into a form that is infective. Roundworm infection is caused by ingesting eggs. This can happen when hands or fingers that have contaminated dirt on them are put in the mouth, or by consuming vegetables or fruits that have not been carefully cooked, washed or peeled.

A whipworm infection can cause a variety of symptoms, ranging from mild to severe. They may include the following:

Potential complications of whipworm infection (trichuriasis) include the following:

The best way to diagnose whipworm infection is through the identification of characteristic football shaped eggs in stool. However, since egg concentration may be low in light infections, the CDC recommends using a concentration technique to collect eggs.

Although it is somewhat easy to identify T. trichiura eggs, there are other diseases that can be confused with a whipworm infection. If eggs cannot be found in the stool, diarrhea may be caused by parasitic protozoa like Entamoeba histolytica or Giardia lamblia. In cases where an exact diagnosis cannot be made, it is advised that whipworm infections should be treated for first. If symptoms do not abate, a more thorough investigation is needed. How can I prevent infection?

Transmission of infection to others can be prevented by 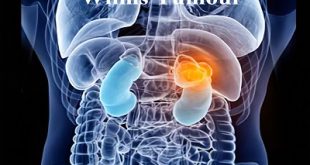 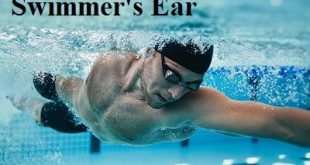