West Nile Virus (WNV) is an infectious disease that first appeared in the United States in 1999. Infected mosquitoes spread the virus that causes it. People who get WNV usually have no symptoms or mild symptoms. The symptoms include fever, headache, body aches, skin rash, and swollen lymph glands. They can last a few days to several weeks and usually go away on their own.

What causes the West Nile virus?

West Nile virus is most often spread by mosquitoes. Mosquitoes become infected by biting birds that carry the virus. People can get the West Nile virus when an infected mosquito bites them. This happens most often in the warm-weather months of spring, summer, and early fall. You cannot get West Nile virus from another person or from your pet.

In a small number of cases, people have gotten the virus through blood transfusions and organ transplants. However, the risk of getting the virus in these ways is very low.

A few cases have also been reported of the virus being passed from a pregnant or breastfeeding woman to her baby. These cases are extremely rare. Who is at risk for infection with West Nile virus?

You may be at higher risk for infection if you:

If you are infected with the West Nile virus, you may have a higher risk of developing severe illness if you:

No symptoms in most people. Most people (8 out of 10) infected do not develop any symptoms.

Febrile illness (fever) in some people. About 1 in 5 people who are infected develop a fever with other symptoms such as headache, body aches, joint pains, vomiting, diarrhea, or rash. Most people with this type of West Nile virus disease recover completely, but fatigue and weakness can last for weeks or months. The West Nile virus is a neurotropic virus, meaning that it preferentially attacks the nervous system. In the vast majority of cases, the body’s immune defenses can control and eventually neutralize the virus on their own.

However, the same may not hold true for people whose immune systems are compromised. This places certain groups—such as the elderly, organ transplant recipients, people with advanced HIV, and those undergoing cancer chemotherapy—at an increased risk of severe and potentially life-threatening complications.

The types and severity of symptoms are largely dependent on the parts of the nervous system affected. Collectively, the complications are referred to as West Nile neuroinvasive disease (WNND) and include encephalitis, meningitis, meningoencephalitides, and poliomyelitis. Overall, WNND is associated with a 9 percent risk of death. The rate is believed to be higher in the elderly.

West Nile Virus (WNV) was first isolated in a woman in the West Nile district of Uganda in 1937. It was identified in birds (crows and Columbiformes) in the Nile delta region in 1953. Before 1997 WNV was not considered pathogenic for birds, but at that time in Israel, a more virulent strain caused the death of different bird species presenting signs of encephalitis and paralysis. Human infections attributable to WNV have been reported in many countries in the World for over 50 years.

A needle removes fluid from the area around the spinal cord

Besides conducting a physical exam, your doctor can confirm the presence of West Nile virus or a West Nile-related illness, such as meningitis or encephalitis, by performing one of the following tests:

Laboratory tests. If you’re infected, a blood test may show a rising level of antibodies to the West Nile virus. Antibodies are immune system proteins that attack foreign substances, such as viruses.

Lumbar puncture (spinal tap). The most common way to diagnose meningitis is to analyze the cerebrospinal fluid surrounding your brain and spinal cord. A needle inserted between the lower vertebrae of your spine is used to extract a sample of fluid for laboratory analysis. The fluid sample may show an elevated white cell count – a signal that your immune system is fighting an infection — and antibodies to the West Nile virus.

Brain tests. In some cases, electroencephalography (EEG) — a procedure that measures your brain’s activity – or an MRI scan can help detect brain inflammation.

How is West Nile virus treated?

Your healthcare provider will figure out the best treatment based on:

There’s no specific treatment for West Nile virus-related diseases. If a person gets the more severe form of the disease, West Nile encephalitis or meningitis, treatment may include intensive supportive therapy, such as:

What are the complications of the West Nile virus?

Usually, the West Nile virus causes mild, flu-like symptoms. However, the virus can cause life-threatening illnesses, such as

Your best bet for preventing West Nile virus and other mosquito-borne illnesses is to avoid exposure to mosquitoes and eliminate standing water, where mosquitoes breed. To reduce your exposure to mosquitoes: 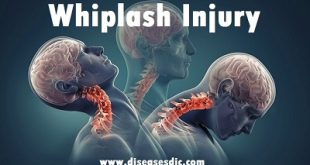 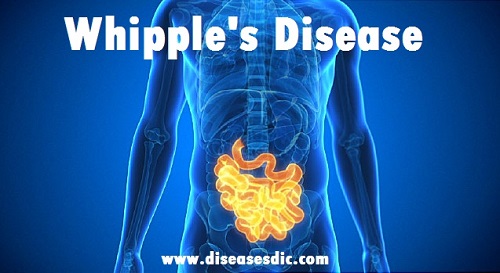