The term Viral Hemorrhagic Fever (VHF) refers to a group of serious illnesses caused by particular viruses. There are four VHFs that are of major concern from an Infection Control Perspective as they can be transmitted directly from humans to humans, and are a hazard for staff handling blood samples. These are:

If one of these VHFs is suspected seek immediate advice from the on-call consultant infectious diseases physician and consultant medical microbiologist.

These are less of a concern from an Infection Control perspective. Standard isolation precautions and good laboratory practice are sufficient (wearing gloves for taking and handling blood samples and avoidance of sharps injuries).

The primary defect in patients with viral hemorrhagic fever (VHF) is that of increased vascular permeability. Hemorrhagic fever viruses have an affinity for the vascular system, leading initially to signs such as flushing, conjunctival injection, and petechial hemorrhages, usually associated with fever and myalgias. Later, frank mucous membrane hemorrhage may occur, with accompanying hypotension, shock, and circulatory collapse. The relative severity of the clinical presentation may vary depending on the virus in question, amount, and route of exposure.

In acute disease, patients are extremely viremic, and messenger ribonucleic acid (mRNA) evidence of multiple cytokine activation exists. In vitro studies reveal these cytokines lead to shock and increased vascular permeability, the basic pathophysiologic processes most often seen in viral hemorrhagic fever infection. Another prominent pathologic feature is pronounced macrophage involvement. Inadequate or delayed immune response to these novel viral antigens may lead to rapid development of overwhelming viremia. Extensive infection and necrosis of affected organs also are described. Hemorrhagic complications are multifactorial and are related to hepatic damage, consumptive coagulopathy, and primary marrow injury to megakaryocytes. Aerosol transmission of some viral hemorrhagic fever infections is reported among nonhuman primates and likely is a mode of transmission in patients with severe infection.

Multisystem organ failure affecting the hematopoietic, neurologic, and pulmonary systems often accompanies the vascular involvement. Hepatic involvement varies with the infecting organism and is at times seen with Ebola, Marburg, RVF, CCHF, and yellow fever. Renal failure with oliguria is a prominent feature of HFRS seen in Hantavirus infection and may be seen in other VHFs as intravascular volume depletion becomes more pronounced. Bleeding complications are particularly prominent with Ebola, Marburg, CCHF, and the South American arenaviruses. These illnesses are caused by viruses from 4 groups: These viruses infect insects or rodents. You can become infected from exposure to the body, body fluids, or the droppings of an infected rodent or through an insect bite, usually from a mosquito or tick. Some of the viruses also spread from person to person. Viruses can also be spread if you crush an infected tick.

How are hemorrhagic fever viruses transmitted?

Viruses causing hemorrhagic fever are initially transmitted to humans when the activities of infected reservoir hosts or vectors and humans overlap. The viruses carried in rodent reservoirs are transmitted when humans have contact with urine, fecal matter, saliva, or other body excretions from infected rodents. The viruses associated with arthropod vectors are spread most often when the vector mosquito or tick bites a human, or when a human crushes a tick. However, some of these vectors may spread virus to animals, livestock, for example. Humans then become infected when they care for or slaughter the animals.

Some viruses that cause hemorrhagic fever can spread from one person to another, once an initial person has become infected. Ebola, Marburg, Lassa and Crimean-Congo hemorrhagic fever viruses are examples. This type of secondary transmission of the virus can occur directly, through close contact with infected people or their body fluids. It can also occur indirectly, through contact with objects contaminated with infected body fluids. For example, contaminated syringes and needles have played an important role in spreading infection in outbreaks of Ebola hemorrhagic fever and Lassa fever.

What are the risk factors for viral hemorrhagic fevers (VHFs)?

People at higher risk for VHFs include those who: Severe cases of some types of viral hemorrhagic fevers may cause bleeding, but people rarely die of blood loss. Bleeding may occur:

Other signs and symptoms of severe infections can include:

Apart from the above complications, viral hemorrhagic fever can cause damage to organs, such as heart, lung, spleen, liver, and kidneys.

Most of the times, it is difficult to diagnose viral hemorrhagic fever at early stages. The initial signs and symptoms of VHF, such as high fever, fatigue, and muscle aches can be due to other illnesses.

To diagnose the condition, the doctor performs a routine physical examination and review the medical history. The doctor will ask to describe the symptoms, and places visited recently to identify the possible sources of infection. The doctor would recommend the following tests to diagnose viral hemorrhagic fever.

Blood tests: A sample of the blood is collected and tested to determine the causative organism. As viral hemorrhagic fevers are highly contagious, these tests are performed under strict precautionary measures.

There is no cure or specific treatment for viral hemorrhagic fevers. However, the doctor will prescribe antiviral medications, such as ribavirin to prevent the risk of further complications.

Antiviral drug: While no specific treatment exists for most viral hemorrhagic fevers, the antiviral drug ribavirin (Rebetol, Virazole, others) may help shorten the course of some infections and prevent complications in some cases.

Supportive care is essential. To prevent dehydration, you may need fluids to help maintain your balance of electrolytes — minerals that are critical to nerve and muscle function.

Isolate the patient: Viral Hemorrhagic Fever (VHF) isolation guidelines dictate that all VHF patients should be cared for using strict contact precautions; including hand hygiene, double gloves, gowns, shoe and leg coverings, and faceshield or goggles. Lassa, CCHF, Ebola, and Marburg viruses may be particularly prone to nosocomial (hospital-based) spread. Airborne precautions should be utilized including, at a minimum, a fit-tested, HEPA filter-equipped respirator (such as an N-95 mask), a battery-powered, air-purifying respirator, or a positive pressure supplied air respirator to be worn by personnel coming within 1,8 meter (six feet) of a VHF patient. Multiple patients should be cohorted (sequestered) to a separate building or a ward with an isolated air-handling system. Environmental decontamination is typically accomplished with hypochlorite (e.g. bleach) or phenolic disinfectants.

No vaccines are available to prevent these diseases. Two exceptions are for yellow fever and Argentine hemorrhagic fever. As a result, the focus is on staying away from the rodents or insects that carry the virus.

For viruses spread by ticks or mosquitoes, prevention focuses on:

If you are traveling to an area where there is risk for viral hemorrhagic fevers: 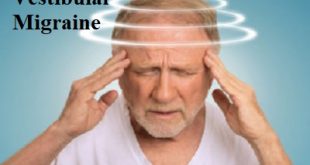 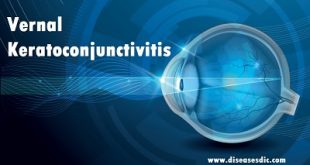 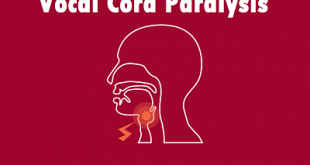 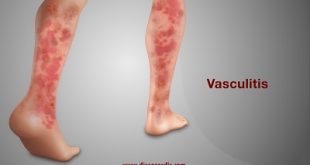