Uterine fibroid is the most common benign (not cancerous) tumor of a woman’s uterus (womb). Fibroids are tumors of the smooth muscle found in the wall of the uterus. They can develop within the uterine wall itself or attach to it. They may grow as a single tumor or in clusters. Uterine fibroids can cause excessive menstrual bleeding, pelvic pain, and frequent urination. In the period of Hippocrates in 460-375 B.C., this lesion was known as the “uterine stone”. Galen called this finding “scleromas” during the second century of the Christian period. The term fibroid was coined and introduced in 1860 by Rokitansky and in the 1863 by Klob.

In 1854, a German pathologist named Virchow demonstrated that these neoplasms (fibroids) were composed from smooth muscle cells. It was Virchow who introduced the word “myoma”.

The true incidence and prevalence of uterine fibroids in the general female population are unknown because the condition is frequently asymptomatic and therefore not identified. Incidence increases with age during the reproductive years such that cases occur in 20% to 50% of women older than 30 years. By extrapolation of findings from a prospective histopathology study of 100 consecutive total hysterectomy specimens, the prevalence of uterine fibroids in the general female population may be as high as 80% and is unchanged by menopausal status. From a cohort of 116,678 premenopausal nurses formed in 1989 (Nurses’ Health Study II), a resulting population of 95,061 premenopausal women with intact uteri was identified and completed a health questionnaire in 1993. New cases of uterine fibroids diagnosed by pelvic examination, ultrasound, or hysterectomy during a 4-year interval ending in May of 1993 were identified. The crude incidence of uterine fibroids in this study was about 1% per year. The incidence was shown to be significantly increased with advancing age, black race (3-fold), increased BMI, history of infertility, and current alcohol consumption. In another study, the estimated cumulative incidence by age 50 was >80% for black women and approaching 70% for white women. Uterine fibroids represent the most common solid tumours of the female pelvis and are the leading cause for hysterectomy.

Different fibroids develop in different locations in and on the uterus.

Subserosal Fibroids: Subserosal fibroids form on the outside of your uterus, which is called the serosa. They may grow large enough to make your womb appear bigger on one side.

Pedunculated Fibroids: When subserosal tumors develop a stem (a slender base that supports the tumor), they become pedunculated fibroids.

Submucosal Fibroids: These types of tumors develop in the middle muscle layer (myometrium) of your uterus. Submucosal tumors are not as common as other types, but when they do develop, they may cause heavy menstrual bleeding and trouble conceiving.

There are few known risk factors for uterine fibroids, other than being a woman of reproductive age. Other factors that can have an impact on fibroid development include:

Heredity: If your mother or sister had fibroids, you’re at increased risk of developing them.

Environmental factors: Onset of menstruation at an early age; use of birth control; obesity; a vitamin D deficiency; having a diet higher in red meat and lower in green vegetables, fruit and dairy; and drinking alcohol, including beer, appear to increase your risk of developing fibroids.

Experts don’t know exactly why you get fibroids. Hormones and genetics might make you more likely to get them.

Hormones: Estrogen and progesterone are the hormones that make the lining of your uterus thicken every month during your period. They also seem to affect fibroid growth. When hormone production slows down during menopause, fibroids usually shrink.

Genetics: Researchers have found genetic differences between fibroids and normal cells in the uterus.

When women do experience symptoms, the most common are the following:

Transvaginal ultrasound (also called ultrasonography): An ultrasound test using a small instrument, called a transducer, that is placed in the vagina.

Magnetic resonance imaging (MRI): A non-invasive procedure that produces a two-dimensional view of an internal organ or structure.

Hysterosalpingography: X-ray examination of the uterus and fallopian tubes that uses dye and is often performed to rule out tubal obstruction.

Hysteroscopy: Visual examination of the canal of the cervix and the interior of the uterus using a viewing instrument (hysteroscope) inserted through the vagina.

Endometrial biopsy: A procedure in which a sample of tissue is obtained through a tube which is inserted into the uterus.

Blood test: To check for iron-deficiency anemia if heavy bleeding is caused by the tumor.

Other drugs may be used, but they are less effective when treating larger fibroids.

The hormone stops the lining of the uterus from growing too fast, which reduces bleeding. Adverse effects include irregular bleeding for up to 6 months, headaches, breast tenderness, and acne. It can, in some cases, stop periods.

If symptoms are severe and medical therapy has failed, surgery may be necessary.

The following procedures may be considered:

Hysterectomy: Removing the uterus is considered if the fibroids are very large, or if the patient is bleeding excessively. A hysterectomy can prevent fibroids returning. If a surgeon removes the ovaries and fallopian tubes, side effects can include reduced libido and early menopause.

Myomectomy: Fibroids are surgically removed from the wall of the uterus. It can help women who still want to have children. Women with large fibroids, or fibroids located in particular parts of the uterus, may not benefit from this surgery.

Endometrial ablation: Removing the lining of the uterus may help if fibroids are near the inner surface of the uterus. It can be an effective alternative to a hysterectomy.

Uterine artery embolization (UAE) or uterine fibroid embolization (UFE): The cutting off of the blood supply to the area shrinks the fibroid. A chemical is injected through a catheter into a blood vessel in the leg, guided by X-ray scans. It reduces or removes symptoms in up to 90 percent of fibroid patients, but it is not suitable for women who still wish to have children.

MRI-guided focused ultrasound surgery: An MRI scan locates the fibroids, and sound waves are used to shrink them. 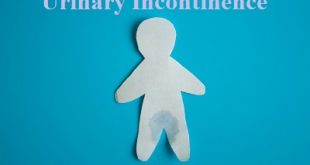 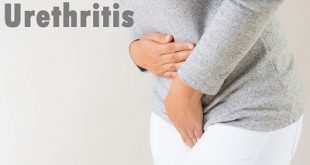 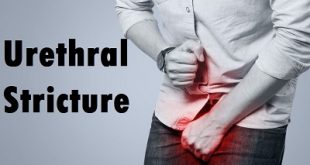 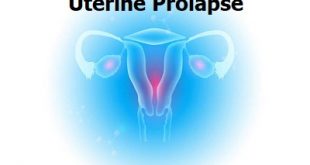 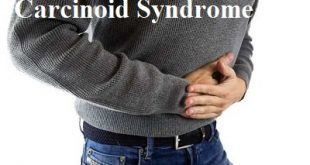