Sporotrichosis is an infection caused by a fungus called Sporothrix schenckii. The fungus lives throughout the world in soil, plants, and decaying vegetation. Cutaneous (skin) infection is the most common form of infection, although pulmonary infection can occur if a person inhales the microscopic, airborne fungal spores. Most cases of sporotrichosis are sporadic and are associated with minor skin trauma like cuts and scrapes; however, outbreaks have been linked to activities that involve handling contaminated vegetation such as moss, hay, or wood.

Sporotrichosis occurs worldwide, with focal areas of hyperendemicity. The global incidence is unknown. In the highlands of Peru, the incidence of sporotrichosis is approximately 1 case per 1000 people. China is a serious endemic region. Epidemics have been described in western Australia, Brazil, and South Africa.

Cutaneous (skin) sporotrichosis is the most common form of the infection. It usually occurs on a person’s hand or the arm after they have been handling contaminated plant matter.

Pulmonary (lung) sporotrichosis is very rare but can happen after someone breathes in fungal spores from the environment.

Disseminated sporotrichosis occurs when the infection spreads to another part of the body, such as the bones, joints, or the central nervous system. This form of sporotrichosis usually affects people who have weakened immune systems, such as people with HIV infection (see Risk & Prevention).

Sporotrichosis is caused by a fungus called Sporothrix schenckii. Sporotrichosis usually begins when mold spores are forced under the skin by a rose thorn or sharp stick, although the infection can begin in apparently unbroken skin after contact with hay or moss carrying the mold. More rarely, cats or armadillos can transmit the disease. In rare cases, the fungus can be inhaled or ingested, causing infection in parts of the body other than the skin.

People who handle thorny plants, sphagnum moss, or bales of hay are at increased risk of getting sporotrichosis. The infection is more common among people with weakened immune systems, but it can also occur in otherwise healthy people. Outbreaks have occurred among florists, plant nursery workers who have handled sphagnum moss, rose gardeners, children who have played on bales of hay, and greenhouse workers who have handled thorns contaminated by the fungus.

Most cases of sporotrichosis aren’t deadly. However, if you don’t treat the infection, you could have the bumps and sores for many years. Some cases can become permanent.

Left untreated, this type of infection can develop into disseminated sporotrichosis. With this condition, the fungal infection spreads to other body parts. Examples include your bones or your central nervous system. You might experience:

A weakened immune system can put you at risk for this type of sporotrichosis, especially if you have HIV.

If you’re pregnant, antifungal medications can harm your baby. Be sure to discuss any possibility of pregnancy with your doctor before taking any antifungals.

Sporotrichosis is typically diagnosed when your healthcare provider takes a small tissue sample (biopsy) of the infected area of the body. The sample is sent to laboratory for tests (usually a fungal culture) to find out what is causing the infection. Blood tests can help diagnose severe sporotrichosis, but they often can’t diagnose a cutaneous (skin) infection.

Treatment of sporotrichosis depends on the severity and location of the disease. The following are treatment options for this condition:

Although its mechanism is unknown, application of potassium iodide in droplet form can cure cutaneous sporotrichosis. This usually requires 3 to 6 months of treatment.

These are antifungal drugs. Itraconazole is currently the drug of choice and is significantly more effective than fluconazole. Fluconazole should be reserved for patients who cannot tolerate itraconazole.

500mg and 1000mg daily dosages of terbinafine for twelve to 24 weeks has been used to treat cutaneous sporotrichosis.

Several studies have shown that posaconazole has in vitro activity similar to that of amphotericin B and itraconazole; therefore, it shows promise as an alternative therapy. However, voriconazole susceptibility varies. Because the correlation between in vitro data and clinical response has not been demonstrated, there is insufficient evidence to recommend either posaconazole or voriconazole for treatment of sporotrichosis at this time.

In cases of bone infection and cavitatory nodules in the lungs, surgery may be necessary. 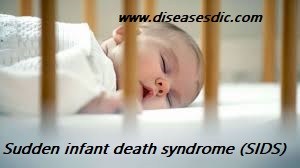 What is Sudden Infant Death Syndrome? Sudden infant death syndrome (SIDS) is the sudden and …