Otosclerosis describes a condition of abnormal bone growth around one of the three small bones in the middle ear space called the stapes. When bone around the stapes hardens, the bone cannot move freely, which limits the ability to properly transmit sound. This results in hearing loss; the less movement of the bone, the greater the degree of hearing loss. Otosclerosis usually causes conductive hearing loss, which means there is a problem with how the ear transmits sound vibrations. In a normal ear, sound vibrations are funneled by the outer ear onto the ear drum, or “tympanic membrane.” The ear drum sends these vibrations to the small bones in the middle ear: the malleus (hammer), incus (anvil), and stapes (stirrup). When the stapes bone moves, fluid in the inner ear moves and stimulates hair cells in the inner ear. These cells turn sound vibrations into electrical signals that are sent to the brain. Hearing loss can occur if any part of this process is damaged. The pathophysiology of otosclerosis is multifactorial and incompletely understood, with genetic, viral, inflammatory and autoimmune components.

Two phases are described: early/active (otospongiosis) and late/inactive (otosclerosis). In the early phase, lesions consist predominantly of histiocytes, osteoblasts and osteocytes, the latter being the most active cell group. The bone around pre-existing blood vessels is absorbed, creating a better microcirculation. Eventually, osteoblasts become more involved, resulting in the formation of irregular foci of new spongy bone. This new bone appears densely blue on hematoxylin and eosinophil staining and is known as the blue mantles of Manasse.

There are several types of hearing loss in otosclerosis:

It happens in the early course of otosclerosis when bone remodeling impairs the mechanical transfer of sound by any or all of the bones in the middle ear. Most people with otosclerosis have conductive hearing loss. This process usually reaches its peak when people are in their 30s.

It happens later on when remodeling happens in the bone surrounding the inner ear (otic capsule). This process is called otospongiosis. Mineral density decreases and the bone becomes sponge-like as it is remodeled. It is theorized that enzymes leak from the bone into the inner ear and cause sensorineural hearing loss. Wasting away (atrophy) of the outer wall of the cochlear duct (called the spiral ligament) and deterioration of its blood vessels (called the stria vascularis) also contribute to sensorineural hearing loss in otosclerosis.

Mixed hearing loss in all frequencies results in the last far advanced stage when otosclerosis extends into bone surrounding the inner ear (otic capsule) or the bony labyrinth of the inner ear.

Otosclerosis is more common in females. It is most likely to happen in people in their teens through late 40s. Other factors that may increase chance of otosclerosis include:

Otosclerosis confounds doctors and scientists because they cannot determine what exactly causes this condition. They continue to form theories about its root causes. Some of the factors believed to play a part in the onset of otosclerosis include:

Some doctors also think that otosclerosis could be linked to the abnormal imbalance of inner ear cells known as cytokines.

Despite not knowing what causes otosclerosis, doctors can treat it using several different options. Your doctor will determine what course of remedy to use for you based on the severity of the condition and the level of hearing loss you currently suffer.

Most people with otosclerosis notice hearing problems in their 20s or 30s. One or both ears can be affected.

Symptoms of otosclerosis include:

The symptoms of otosclerosis can be hard to tell apart from other causes of hearing loss.

Your healthcare provider will ask when your symptoms began and if they are getting worse. Tell him if anyone in your family has otosclerosis. Tell him if you ever had the measles or an ear injury, or if you have an immune disorder. You may also need any of the following:

A tuning fork may be used to test your hearing. A tuning fork is made of metal. It vibrates and makes noise when it strikes an object. Your healthcare provider will hold the tuning fork to the left and right of your head. He will ask if you can hear the noise and feel the vibration in each ear. This is called air conduction.

Audiometry is a test used to measure how well you can hear different sounds. You will put on headphones that are attached to a machine. Sounds will be sent through the headphones. You will press a button or raise your hand when you hear the sounds. Each ear will be tested separately. Another device will be placed on bones behind your ears. The device will test how well vibration moves through the bones. This is called bone conduction.

Tympanometry is a test used to find hearing problems in the middle ear. A device is placed into your ear. The device creates pressure changes that make your eardrum vibrate.

CT or MRI pictures may be taken of the middle ear. The pictures may show any problems that could be causing your symptoms.

Both nonsurgical and surgical treatments for otosclerosis exist, and treatment depends on the degree of hearing loss and patient preference.

Stapedectomy or Stapedotomy Surgery- Surgery involves either drilling through the bottom of the stapes bone and placing prosthesis in that hole (stapedotomy) or removing the entire bone and implanting a prosthesis (stapedectomy). Hearing aids- These will help with hearing loss due to the disease. As the disease progresses, more powerful hearing aids may be needed.

Cochlear implants- A cochlear implant is an electronic sound processor, one part of which hooks over the ear and the other is implanted inside the ear. The two pieces are coupled by a powerful magnet. This might be needed if the otosclerosis has affected hearing in the inner ear in addition to causing stapes fixation.

Sodium fluoride- This dietary supplement is used to speed up hardening of otosclerosis lesions to limit the damage they cause. It may have side effects, including nausea, itching and joint pain.

How to prevent otosclerosis? 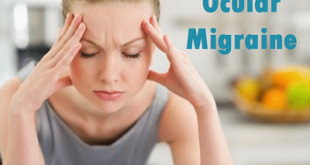 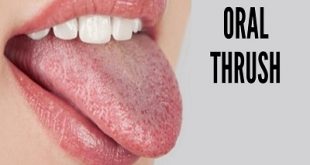 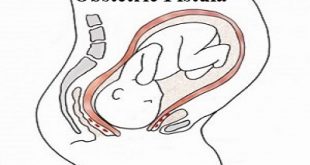 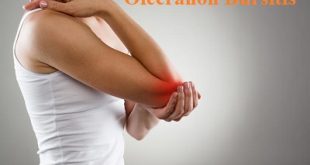