What is night blindness?

Night blindness (Nyctalopia) is the inability to see well at night or in poor light. It is not a disease in itself, but rather a symptom of an underlying problem, usually a retina problem. It is common for patients who are myopic to have some difficulties with night vision, but this is not due to retinal disease, but rather to optical issues.

How does night blindness occur?

Light from an object enters the eye and is bent first by the cornea and then by the lens to focus an image on the light-sensitive tissue known as the retina. Specialized receptors cells in the retina, known as rods and cones, convert the light impulses into nerve signals. These signals are then carried by nerves to the visual cortex of the brain. Here it is interpreted to allow us to perceive the light and is broadly known as the sense of vision. However, for this to occur there has to be light reflecting off or radiating from an object in the environment. Some objects radiate their own light like the sun or an electric lamp. Other objects do not radiate light but instead reflect light in the environment. When there is insufficient environmental light like in a dark room or at night then our ability to see objects is significantly diminished and this is considered normal.

Facts and Statistics on Night Blindness

What conditions cause night blindness?

Some causes of night blindness are obvious as the condition impairs the entry of light as it passes to strike the retina. Others have a more complex connection to night blindness. The causes can be divided into treatable and non-treatable.

Signs and symptoms of night blindness

If you have difficulty seeing at night, it is important to visit your eye care professional. He or she will perform tests to determine whether you have night blindness and whether it may be connected to an underlying disease. The eye examination will include the following:

Your eye doctor may order an electroretinogram, which measures the electrical responses of the rods and cones (the cells in the eye that sense light) when these cells exposed to light. This test can detect abnormal function of the retina, the light-detecting portion of the eye. You may also undergo visual field testing, which can detect central and peripheral vision problems caused by glaucoma and other eye diseases or by conditions that affect the brain, such as stroke. The treatment will depend on its causes. Herbals which may improve night vision include:

By treating the above conditions early it is possible to prevent night blindness. Vitamin A supplementation as a preventative measure will only be effective for night blindness due to vitamin A deficiency. It is ineffective against other causes and high doses of vitamin A can lead to toxicity. Management involves lifestyle measures that can limit the extent to which night blindness impacts on daily life and has to be considered for non-treatable causes. 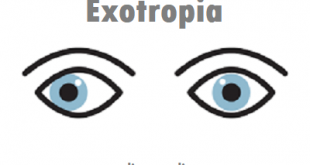