Malaria is one of the major public health problems of the country. Around 1.5 million confirmed cases are reported annually by the National Vector Borne Disease Control Programme (NVBDCP), of which 40–50% is due to Plasmodium falciparum. It is curable if effective treatment is started early. Delay in treatment may lead to serious consequences including death. Prompt and effective treatment is also important for controlling the transmission of malaria. P. vivax: Found in Asia and Latin America; has a dormant stage that can cause relapses

P. ovale: Found in Africa and the Pacific islands

P. malariae: Worldwide; can cause a chronic infection

P. knowlesi: Found throughout Southeast Asia; can rapidly progress from an uncomplicated case to a severe malaria infection

The life cycle of the falciparum malaria parasite is complex. When an infectious mosquito feeds on a human being, parasites (called sporozoites) are injected into the bloodstream. From here they travel directly to the liver where they mature for about 6 days. At this stage, there are no symptoms of disease in the person who has been infected.

The life cycle of the malarial parasite

Malaria can occur if a mosquito infected with the Plasmodium parasite bites you. There are four kinds of malaria parasites that can infect humans: Plasmodium vivax, P. ovale, P. malariae, and P. falciparum. P. falciparum causes a more severe form of the disease and those who contract this form of malaria have a higher risk of death. An infected mother can also pass the disease to her baby at birth. This is known as congenital malaria. It is transmitted by blood, so it can also be transmitted through:

A malaria infection is generally characterized by recurrent attacks with the following signs and symptoms: Other complications that can arise as a result of severe malaria include:

Diagnosis and test for malaria

Blood tests can show the presence of the parasite and help tailor treatment by determining:

Some blood tests can take several days to complete, while others can produce results in less than 15 minutes. Besides supportive care, the medical team needs to decide on the appropriate antibiotics to treat malaria. The choice will depend on several factors, including

Physicians will administer the medication in pill form or as an intravenous antibiotic depending on above factors.

The most commonly used medications are

Here are some home remedies for malaria

Grapefruit contains a substance called quinine which is said to neutralize malaria inducing parasites. It aides in destroying the parasites and strengthens the immune system. A malaria patient should consume grapefruit and grapefruit juice to combat the disease.

Cinnamon has great medicinal values and it contains cinnamaldehyde which provides aid against inflammation. This spice is full of anti-parasitic qualities. Its consumption provides immediate relief to body ache that is usually attached to malaria. It can be boiled with water and the concoction can be taken with honey. It also reverses the loss of appetite, cramps, nausea etc. Consuming this concoction can be a very useful home remedy to fight malaria.

Often the major symptoms of malaria include body and joint pains. Holy basil is a popular herb which eases inflammation and joint pains. It can be an amazing home remedy to treat the symptoms of malaria. It is also included in many ayurvedic medicines and is said to cure many diseases including malaria. Basil can be infused with tea or can be boiled with water and consumed with honey by the person suffering from malaria.

These are nuts which contain seeds with immense medicinal properties. It breaks the malaria fever and boosts the immune system. This herb effectively treats the symptom of malaria and helps in curing the person suffering from malaria fever by reducing the soaring body temperatures. Fever nuts are one of the best home remedies that can be used against malaria symptoms. This is one of the best home remedy one can do to prevent malaria.

Possible qualities of ginger help in relieving nausea, fever, body ache and in improving the appetite. Ginger is one food item which is available in every Indian household and can be used as a home remedy to fight malaria and is symptoms. It can be boiled with water and can be consumed to speed up the recovery process. It has natural antibiotic properties which can be enhanced if it is taken with raisins. This is one of the best home remedy one can do to prevent malaria. 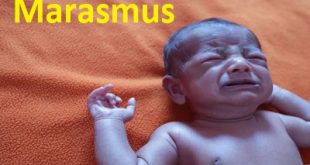