What is Hantavirus pulmonary syndrome?

The term hantavirus represents several groups of RNA-containing viruses (that are members of the virus family of Bunyaviridae) that are carried by rodents and can cause severe respiratory infections termed hantavirus pulmonary syndrome (HPS) and hemorrhagic fever with renal syndrome (HFRS).

HPS is found mainly in the Americas (Canada, U.S., Argentina, Brazil, Chile, Panama, and others) while HFRS is found mainly in Russia, China, and Korea but may be found in Scandinavia and Western Europe and occasionally in other areas. Like HPS, HFRS results from Hantaviruses that are transmitted by rodent urine, rodent droppings, or saliva (rodent bite), by direct contact with the animals, or by aerosolized dust contaminated with rodent urine or feces to human skin breaks or to mucous membranes of the mouth, nose, or eyes. The vast majority of HPS and HFRS infections do not transfer from person to person.

The goal of this article is to discuss HPS; however, much of what is presented about HPS applies to HFRS – the main difference is that the predominant symptoms in the late stages of disease vary somewhat between the two diseases (lung fluid and shortness of breath in HPS and low blood pressure, fever, and kidney failure in HFRS). HPS is a disease caused by Hantavirus that results in human lungs filling with fluid (pulmonary edema) and causing death in about 38% of all infected patients.

Patients with Hantavirus pulmonary syndrome have very high levels of viremia at the onset of pulmonary edema and then rapidly clear the virus from plasma; however, pulmonary damage persists. These data suggest that the endothelial cells are not directly injured by the cytopathic effect of viral infection.

Hantavirus is caused by a group of viruses called Hantaviruses. Wild rodents such as mice and rats carry these viruses.

In most cases, people get HPS after inhaling particles of mouse droppings infected with these viruses. The deer mouse is the most common carrier of HPS.

The HPS virus can also spread to people after them:

The chance of developing Hantavirus pulmonary syndrome is greater for people who work, live or play in spaces where rodents live. Factors and activities that increase the risk include:

What Are the Symptoms of HPS?

HPS has three phases. The first phase is the “incubation” phase when the virus is inhaled into the lungs, ingested by immune cells, and then transported via the blood to other organs. This phase lasts for 2 to 3 weeks, and the patient has no symptoms.

The second phase lasts 2 to 8 days and includes rapid development of fever, dry cough, body aches, headaches, diarrhea, and abdominal pain. Heart and lung failure can develop during this phase. Blood vessels become leaky and lead to the collection of fluid in the lungs, bleeding, and failure of the heart to pump. The combination of these changes leads to shock failure of several organs, and often death.

In the third phase, there are alternating periods of high and low urine production.

In the fourth and final phase, patients who remain alive have improving symptoms and recovery of organ function. Complete recovery occurs over several weeks. The symptoms of HPS seem to resolve as rapidly and dramatically as its onset.

Key symptoms and signs to watch for (especially with a history of rodent exposure) include:

A positive serological test result, evidence of viral antigen in tissue by immunohistochemistry, or the presence of amplifiable viral RNA sequences in blood or tissue, with a compatible history of HPS, is considered diagnostic for HPS. Sin Nombre virus

Tests based on specific viral antigens from SNV have since been developed and are now widely used for the routine diagnosis of HPS. CDC uses an enzyme-linked immunosorbent assay (ELISA) to detect IgM antibodies to SNV and to diagnose acute infections with other hantaviruses. Serologic confirmation of hantaviral infections has traditionally been done with neutralizing plaque assays, which have been recently described for SNV. However, these specific assays are also not commercially available.

Isolation of hantaviruses (see below) from human sources is difficult, and the viruses causing HPS seem to be no exception to this rule. To date, no isolates of SNV-like viruses have been recovered from humans, and therefore virus isolation is not a consideration for diagnostic purposes.

IHC testing of formalin-fixed tissues with specific monoclonal and polyclonal antibodies can be used to detect Hantavirus antigens and has proven to be a sensitive method for laboratory confirmation of hantaviral infections. IHC has an important role in the diagnosis of HPS in patients from whom serum samples and frozen tissues are unavailable for diagnostic testing and in the retrospective assessment of disease prevalence in a defined geographic region.

Reverse transcriptase-PCR (RT-PCR) can be used to detect hantaviral RNA in fresh frozen lung tissue, blood clots, or nucleated blood cells. However, RT-PCR is very prone to cross-contamination and should be considered an experimental technique. Differences in viruses in the United States complicate the use and sensitivity of RT-PCR for the routine diagnosis of hantaviral infections.

What are the treatment options for Hantavirus pulmonary syndrome?

How can HPS be prevented?

Keep your home clean to discourage rodents. Wash dishes promptly, clean counters and floors, put pet food and water away at night and store food and garbage in containers with tight lids. Prevent mice from entering your house by sealing all openings with caulking or steel wool. Remember, rodents can squeeze through holes as small as a dime. Follow these precautions when removing a dead rodent or cleaning an area where rodents have been:

Control rodents outside your house:

Clear brush and grass away from the foundation. 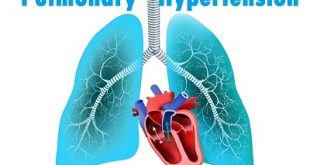 Definition Herpangina, mild viral infection caused by several enteroviruses, most of which are in the …