Dumping syndrome (DS) is also referred to as rapid gastric emptying and occurs when food is passed directly from your stomach pouch to the first part of the small intestine without undergoing digestion. It is frequently related to the rapid emptying of hyperosmolar gastric content into the small bowel. Although the precise mechanism of DS is not known, dumping is a phenomenon usually caused by the destruction or bypass of the pyloric sphincter. DS can occur in post–gastric bypass patients when high levels of simple carbohydrates are ingested. The condition can also develop in people who have had esophageal surgery. Clinically significant dumping symptoms occur in about 20% of patients after pyloroplasty or distal gastrectomy. Patients younger than age 35 years or with a BMI <25 kg/m2 are more likely to be symptomatic than are older or more obese patients. It is believed that the osmotic gradient draws fluid into the intestine, and this may release one or more vasoactive hormones, such as serotonin and vasoactive intestinal polypeptide. Most people with DS develop abdominal cramps and diarrhea within 10 to 30 minutes after eating. Others experience such symptoms 1 to 3 hours after eating, and yet others experience both early and late symptoms. The stomach acts as a food reservoir, beginning the digestion process by secreting gastric acid and enzymes and then grinding the food into smaller portions (around 1–2 mm) through organized muscular contractions (see image). This partially digested food then passes through the pylorus into the duodenum. The pyloric sphincter ensures that only small food particles gradually pass into the duodenum so as not to overload the small intestine’s ability to properly digest and absorb food.

Gastric surgeries often reduce the storage capacity of the stomach, remove the gastric glands, and damage the pylorus so that it becomes unable to control the rate of passage of food into the duodenum, causing the stomach to empty rapidly. This increased gastric emptying is one of the main symptoms of dumping syndrome.

Early dumping syndrome (EDS) occurs between 30 to 60 minutes after a person has eaten. It has been long suggested that EDS symptoms happen due to hyperosmolar gastric content in the small intestinal lumen causing fluid to be pulled from the intravascular compartment into the small bowel lumen.

This fluid shift causes rapid distension of the small bowel, which leads to associated symptoms such as bloating, diarrhea, nausea and abdominal pain. There is also an increase in the number of bowel contractions. In addition to the GI symptoms, intravascular volume depletion causes lightheadedness and an increase in heart rate.

Late dumping syndrome (LDS) happens anywhere between 1 to 3 hours after a meal. LDS is believed to be due to an overwhelming increase in insulin secretion that leads to reactive hypoglycemia (i.e. low blood sugar level). The exaggerated rise of insulin occurs due to the rapid transit of carbohydrates to the small intestines and the subsequent quick absorption of this glucose.

To counter the effects of high glucose concentrations, the body secretes more insulin than usual (hyperinsulinemia) which remains for an extended period, causing hypoglycemia. The signs and symptoms that occur as a result of hypoglycemia include sweating, tremors, weakness, heart palpitations, nausea, dizziness, aggression, confusion and loss of consciousness.

Gastric bypass surgery (Roux-en-Y operation): This is an operation used when a patient is morbidly obese. It creates a pouch to make the size of the stomach smaller, so the patient can eat less food in a sitting. This pouch connects to the small intestine (a procedure known as gastrojejunostomy).

Gastrectomy: This is a procedure where your stomach is removed in part or in full and is performed for a number of different reasons, such as stomach cancer.

Esophagectomy: This surgery involves the removal of all or part of the esophagus or esophageal tract.

Most people experience dumping symptoms immediately following a meal. In some patients symptoms can occur one to three hours after eating.  In either case, symptoms can range from mild to severe.

The following symptoms may occur during a meal or 15-30 minutes following a meal.

When symptoms develop 1-3 hours after eating they may include:

Dumping syndrome is a complication of stomach bypass or stomach reduction surgery. Other complications related to this surgery include:

Physicians diagnose dumping syndrome based on individual symptoms and the results of one or more diagnostic procedures. These may include:

Oral glucose tolerance test: This test measures your body’s ability to absorb glucose or sugar – a form of energy. It is performed in a physician’s office or medical laboratory and can take up to six hours to complete. Fasting is required beforehand.

Gastric emptying test: This test involves eating a bland food with a minute trace of radioactive material. A radiologist tracks this material at hourly intervals using non-invasive imaging technology as the food moves through your system. The rapidity with which it progresses can indicate whether your body is “dumping” stomach contents.

Upper GI endoscopy: An endoscope is a tiny camera with a light that a gastroenterologist inserts into your stomach or small intestines by means of a long flexible tube through your mouth. He or she uses this camera to inspect for evidence of a medical condition. Though not a surgical procedure, endoscopy typically requires some type of anesthesia.

Upper GI series: Also called a barium swallow, an upper GI series is a non-invasive means of monitoring activity in your small intestines. You drink chalky liquid containing barium, the progress of which is charted by X-rays. Physicians use this information to diagnose medical issues involving the intestines. Fasting may be required prior to an upper GI series.

The Following dietary advice can help to manage both early and late dumping syndrome:

Once your dumping syndrome lifestyle/dietary changes failed to produce the expected results, then you need medications or surgery to manage the problem effectively. There are certain medications to slow down the food passage out of the stomach, which helps to provide relief the symptoms associated with dumping syndrome.

The medications often used for the dumping syndrome are:

As a last resort for people who has not relived by any other dumping syndrome treatment, has to go for feeding tube a feeding tube is inserting a tube into the small intestine through which ingests nutrients. 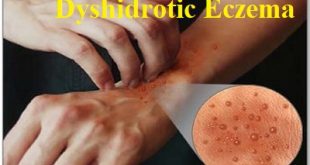 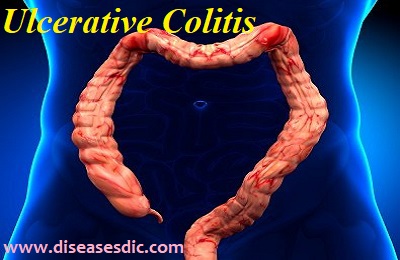