CFC syndrome is a rare genetic condition that typically affects the heart (cardio-), facial features (facio-) and skin (cutaneous). It is seen with equal frequency in males and females and across all ethnic groups. Children with CFC syndrome may have certain features that suggest the diagnosis, such as relatively large head size, down-slanting eyes, sparse eyebrows, curly hair, areas of thickened or scaly skin, and short stature.   Most will also have a heart defect. While there is a wide spectrum of severity in CFC syndrome, most individuals will have some degree of learning difficulty and developmental delay.

There are several characteristic facial features that are evident in CFC syndrome that may overlap with other conditions, particularly Noonan Syndrome (NS) and Costello Syndrome (CS). Therefore, accurate diagnosis is essential for proper medical management.

CFC was first reported in1986 by Reynolds and by Baraitser and Patton. Eight individuals were described with distinct facial features, ectodermal abnormalities, cardiac malformations, and intellectual disability. At that time, many believed that the facial features of CFC overlapped with those of NS, and a controversy emerged regarding the delineation of CFC as a new, distinct syndrome versus a severe form of NS.

In 2001, PTPN was found to be one of the causal genes of NS, and it was possible to demonstrate that well-characterized individuals with CFC did not have a mutation in PTPN. Furthermore, individuals with CFC did not carry mutations in the HRAS gene, which causes CS, another phenotypically similar condition. Identification of these 2 genes for NS and CS suggested that CFC, NS, and CS were separate, distinct conditions, with overlapping phenotypes.

The final proof came in 2006 when 2 groups demonstrated that CFC is a heterogeneous disorder caused by mutations in different genes: BRAF, MEK1, MEK2, and KRAS. These discoveries led to the recognition that CFC was a distinct syndrome separate from NS and CS and also explained that the similarity between them lay in a common underlying molecular pathway, the Ras/ mitogen-activated protein kinase (MAPK) pathway.

Around 300 cases have been published in the literature to date. Prevalence has been estimated at 1/810,000 people in Japan.

Features of the condition

Skin and hair: Dry, thickened (hyperkeratotic), or scaly (ichythyotic), eczema (extreme dryness of skin and itchiness); sparse, curly, wooly or brittle hair; eyelashes and eyebrows may be absent or sparse.

Growth: May have normal birth weight and length, but they may drop to below the 5th percentile in infancy. Head remains on the growth curve (relative macrocephaly). Some may have growth hormone deficiency.

The thin and sparse hair (b), curly hair (a and c), the absence of eyebrows (a, b and c), hyperkeratosis and wrinkled palm with wide squared tips (d)

There is a wide range of features of CFC syndrome, including:

There is no “cure” for CFC syndrome, but there are several treatments and therapies available. Each treatment plan is tailored to the patient, based on their medical issues.

Children should see their doctor regularly so they can:

Anesthesia: Individuals with CFC syndrome may have an unrecognized hypertrophic cardiomyopathy or a predisposition to cardiac rhythm disturbances. 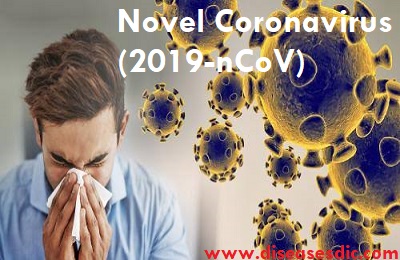 What is coronavirus? A coronavirus is a group of common viruses. They are named for …