Behçet’s (bay-setz) Disease is a rare disease that causes inflammation of many parts of the body. These include the skin of the genital area, lining of the mouth, eye, nervous system, joints and blood vessels. The most characteristic problems include ulcers in the mouth and genital areas, and serious eye inflammation. It is also called Behçet’s syndrome.

The exact cause of the disease remains unclear. But Behçet’s disease is thought to involve an autoimmune response. This means the body’s defense mechanism begins to attack its own tissues. Something in the environment may trigger this abnormal immune response in susceptible individuals. Genetic factors may also play a role. Usually, symptoms flare up repeatedly and then improve. The time between attacks may be as short as a few days or as long as years. In some people with more severe disease, symptoms vary in intensity but are always present. The first symptoms usually appear between ages 20 and 30.

Behçet’s disease is considered more prevalent in the areas surrounding the old silk trading routes in the Middle East and in Central Asia. Thus, it is sometimes known as Silk Road disease. However, this disease is not restricted to people from these regions. A large number of serological studies show a linkage between the disease and HLA-B51. HLA-B51 is more frequently found from the Middle East to South Eastern Siberia, but the incidence of B51 in some studies was 3 fold higher than the normal population. However, B51 tends not to be found in disease when a certain SUMO4 gene variant is involved, and symptoms appear to be milder when HLA-B27 is present. At the current time, a similar infectious origin has not yet been confirmed that leads to Behçet’s disease, but certain strains of S. sanguinis has been found to have a homologous antigenicity.

Vasculitis resulting in occlusion of the vessels supplying the optic nerve may be the cause of acute optic neuropathy and progressive optic atrophy in Behçet’s disease. Histological evaluation in a reported case of acute optic neuropathy demonstrated substitution of the axonal portion of the optic nerve with fibrous astrocytes without retinal changes. CNS involvement in Behçet’s disease may lead to intracranial hypertension most commonly due to dural venous sinus thrombosis and subsequent secondary optic atrophy.

Who is at risk of developing Behçet’s Disease?

There are a few different groups of people that are more likely to develop this disease than others, including:

Almost everyone with Behçet disease has recurring, painful mouth sores, similar to severe canker sores (recurrent aphthous stomatitis). Mouth sores are usually the first symptom of Behçet disease. Sores may appear anywhere in the mouth, such as on the tongue, gums, and lining of the mouth, and often occur in clusters. The sores are round or oval, less than half an inch to about 4 inches (about 1 to 10 centimeters) in diameter, and shallow or deep with a yellowish center. The sores last 1 to 2 weeks. Although other kinds of mouth sores are very common (for example, cold sores caused by the herpes simplex virus), the sores caused by Behçet disease tend to last longer and be more severe.

People may have a fever and a general feeling of illness (malaise). Other symptoms appear days to years later:

Eyes: The eyes are affected in 25 to 75% of people. Part of the eye becomes inflamed intermittently. This inflammation (relapsing iridocyclitis or uveitis) causes eye pain, redness, sensitivity to light, and hazy vision. Several other eye problems can occur. If untreated, blindness can develop.

Skin: Skin blisters and pus-filled pimples develop in about 80% of people. A slight injury, even a puncture from a hypodermic needle, can cause small red or pus-filled bumps to form. Painful reddish-purple bumps called erythema nodosum may occur on the legs.

Joints: In about half of affected people, the knees and other large joints become painful. This relatively mild inflammation (arthritis) does not progress or damage tissue.

Digestive tract: Symptoms may include discomfort and pain in the abdomen, cramping, diarrhea, and sores in the intestines. Symptoms may be similar to those caused by inflammatory bowel disease (Crohn disease and ulcerative colitis).

Central nervous system: Inflammation of the brain or spinal cord is less common but has serious consequences. People may have a headache first. Other symptoms include a fever and stiff neck (symptoms of meningitis), confusion, and loss of coordination. Changes in personality and memory loss may develop years later.

What are possible complications of Behcet’s disease?

Diagnosing Behçet’s can take some time. There’s no test to confirm the diagnosis, and the symptoms can be confused with those of other, more common illnesses. Your doctor will need to rule out other possible causes of your symptoms.

You may need to take a pathergy test. This measures the increased sensitivity of the skin that occurs in Behçet’s syndrome. Your doctor will give you a small pin-prick or injection, if a characteristic red spot appears on the skin around the pin-prick, then the result is positive. This doesn’t mean you definitely have Behçet’s, but your doctor will take this result into account, along with your symptoms, when making the diagnosis.

A definite diagnosis isn’t always possible, but you might have Behçet’s if you have recurrent mouth ulcers (more than three in a 12-month period) plus any two of the following:

Blood tests won’t confirm a diagnosis of Behçet’s, but they may be taken in order to:

Parents with Behçet’s syndrome sometimes ask if their children should have the HLA-B51 test to see whether they might develop the disease in the future. This isn’t recommended because there’s no way of knowing whether a child will develop Behçet’s syndrome even if they do have this gene. If you think your child or another relative might have Behçet’s syndrome, they should see their doctor and mention that there’s a history of Behçet’s syndrome in the family.

Additional symptoms (for example, arthritis, and thrombosis) may increase the likelihood that the diagnosis is correct.

Research regarding treatment of a condition as rare as Behçet’s disease is difficult to perform. Large, definitive studies have not been performed. Therefore, it is uncertain which treatment options are best. In general, treatment focuses on relieving the symptoms and depends on which parts of the body the disease affects.

Rashes and sores in the mouth and genital area:

Some studies suggest that interferon (Betaseron and others), adalimumab (Humira), etanercept (Enbrel), infliximab (Remicade), rituximab (Rituxan) or apremilast (Otezla) may improve disease that has not responded to other treatments. For severe disease that affects many parts of the body, combinations of medications may be prescribed.

Vascular surgery may be necessary for aneurysms. This is particularly true if they are expanding and at risk for rupture. Blood thinners are usually recommended if blood clots complicate this disease. Non-medication therapy for joint pain, including exercise, is encouraged as soon as symptoms allow.

While the right diet to manage Behcet’s disease can vary from one person to another, eating anti-inflammatory foods is good for just about everyone. Decreasing inflammation is beneficial for managing Behcet’s disease.

According to the Vasculitis Foundation, you should eat the “rainbow diet every day”. In other words, you add more colorful vegetables and fruits to your diet and eat one of every color every day. They also recommend adding healthy fats to your diet, such as olive oil, olives, avocados, and walnuts while avoiding refined carbohydrates and refined sugar. Instead, eat whole grains such as barley, amaranth, bulgur, steel cut oats, and quinoa.

Apart from eating whole anti-inflammatory foods, here are other useful dietary tips that can help you decrease Behcet’s symptoms.

As with many health conditions, exercise can also be beneficial for Behcet’s disease. Getting physically active is particularly useful for people suffering joint pain and arthritis due to Behcet’s disease. It can also ward off further complications.

Because people with Behcet’s disease tend to have mouth sores, it’s vitally important that you look after your mouth well, which includes brushing and flossing regularly. It’s recommended that you use a probiotic toothpaste as it encourages healthy oral bacteria. In addition, oil pulling (an Ayurvedic remedy of swishing oil around the mouth for 20 minutes) and flossing helps enhance oral hygiene.

Behcet disease can’t be prevented because the cause is unknown. 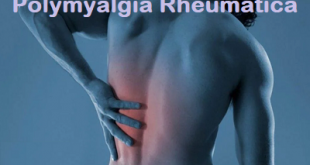 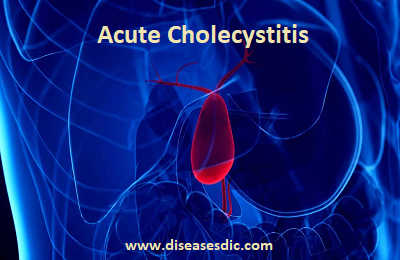 What is Catarrh? Catarrh is when mucus accumulates in your nose, throat, or sinuses. The …