Yersiniosis is a disease caused by bacteria called Yersinia. Although many species of Yersinia are found worldwide, most human illnesses are caused by Yersinia enterocolitica. Other species of Yersinia affecting humans are Y. pseudotuberculosis, which causes an illness similar to Y. enterocolitica, and Y. pestis which causes plague. Yersinia are hardy bacteria that can survive in adverse conditions like refrigeration and environments low in oxygen.

The most common source of Y. enterocolitica infection in humans is pork (raw or undercooked) and pigs are considered the main carrier. Other strains of Yersinia are also found in many other animals including rodents, rabbits, sheep, cattle, horses, dogs and cats.

As with other members of the genus Yersinia, Y enterocolitica is an invasive organism that appears to cause disease by tissue destruction. Researchers have elucidated several potential pathogenic properties, including chromosomally mediated effects (eg, attachment to tissue culture, production of enterotoxin) and plasmid-mediated mechanisms (eg, production of Vw antigens, calcium dependency for growth, autoagglutination).

Invasion of human epithelial cells and penetration of the mucosa occurs in the ileum, followed by multiplication in Peyer patches. A 103-kd protein, known as invasin and determined by the INV gene, mediates bacterial invasion. The best-defined pathway is through the action of invasion.

As a foodborne pathogen, Y enterocolitica can efficiently colonize and induce disease in the small intestine. Following ingestion, the bacteria colonize the lumen and invade the epithelial lining of the small intestine, resulting in the colonization of the underlying lymphoid tissues known as Peyer patches. A direct lymphatic link between the Peyer patches and mesenteric lymph nodes may result in bacterial dissemination to these sites, resulting in mesenteric lymphadenitis or systemic infection.

Dissemination to extraintestinal sites, such as the spleen, is hypothesized to occur via 2 main mechanisms: (1) colonization of the Peyer patches, which can then be used as a staging ground for spread into the blood and/or lymph, ultimately resulting in the appearance of bacteria in other tissues, and (2) bypass of the Peyer patches, with Y enterocolitica going straight to systemic colonization. The possibilities of additional avenues for dissemination have yet to be excluded.

Y enterocolitica colonization of the intestinal lymphoid tissues requires transmigration of the bacteria from the intestinal lumen across an epithelial tissue barrier. Antigen-sampling intestinal epithelial cells known as M cells are thought to be critical for this transmigratory process. The epithelium overlying the Peyer patches has a high concentration of M cells (although these cells have also been identified throughout the non–Peyer patch areas of the small intestine).

Y enterocolitica and the related pathogen Y pseudotuberculosis produce at least 3 invasion proteins, Ail, YadA, and the aforementioned invasin, which could potentially promote adherence to and invasion of M cells. Invasin, the principle invasion factor of Y enterocolitica and Y pseudotuberculosis, binds to ß1 -chain integrin receptors with high affinity, promoting internalization. These receptors are found at high levels on the luminal side of M cells but not on the luminal side of enterocytes.

The enterotoxin produced by Y enterocolitica is similar to that produced by the heat-stable Escherichia coli; however, it likely plays a minor role in causing disease, as diarrheal syndromes have been observed in the absence of enterotoxin production. In addition, the toxin does not appear to be produced at temperatures higher than 30°C. The plasmid-mediated outer membrane antigens are associated with bacterial resistance to opsonization and neutrophil phagocytosis.

Yersinia are spread by the fecal-oral route. Fecal material from infected humans or animals can get into our mouths by:

Yersinia can live in the intestines of animals including pigs, cows, sheep, horses, dogs, cats, rodents and birds as well as humans. When animals are slaughtered and butchered for food, bacteria from an animal’s intestines may contaminate the meat that we consume. Common sources of infection are:

During food preparation, bacteria can be transmitted from contaminated foods to other foods or surfaces in the kitchen. This is called cross-contamination. Sometimes this happens when to foods that are meant to be consumed uncooked, such as fresh fruits or vegetables. An example of this would be cutting raw meat on a cutting board and then cutting vegetables on the same board without washing and sanitizing the board in between. If the vegetables are eaten raw, the bacteria are not killed as they would be with cooking.

Drinking water can be contaminated if humans or animals leave their droppings (feces) in or near surface water sources such as streams, rivers, lakes or shallow wells and this water is not adequately treated.

What are the symptoms of yersiniosis?

Persons infected with Yersinia can have a variety of symptoms depending on the age of the person infected.

Common symptoms in children are:

In older children and adults, the most common symptoms are:

Complications such as skin rash, joint pains or spread of bacteria to the blood stream can occur in a small number of cases. Symptoms of yersiniosis generally begin three to seven days (usually under 10 days) after a person becomes infected and last approximately one to three weeks, although occasionally symptoms may last longer.

If you have any signs and symptoms of illness, and you have had exposure to possible sources of Yersinia bacteria, contact your physician.

After an incubation period of 4-7 days, infection may result in mucosal ulceration (usually in the terminal ileum and rarely in the ascending colon), necrotic lesions in Peyer patches, and mesenteric lymph node enlargement.

In severe cases, bowel necrosis may occur, as a result of mesenteric vessel thrombosis. Focal abscesses may occur. In persons with human leukocyte antigen (HLA)–B27, reactive arthritis is not uncommon, possibly because of the molecular similarity between HLA-B27 antigen and Yersinia antigens. The pathogenesis of Yersinia -associated erythema nodosum is unknown.

Most symptoms go away completely. However, some people may experience the following: How is yersiniosis diagnosed?

The diagnosis is confirmed when Yersinia bacteria is found in a person’s stool (poop). A sample of the stool must be sent to a lab, which uses special methods to grow and identify the germ. Sometimes, Yersinia bacteria can also be found in the blood.

What is the best treatment?

How can I prevent yersiniosis? 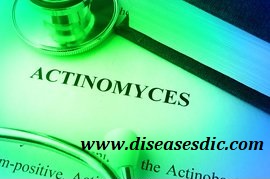