What is a vestibular migraine?

Migraine is usually associated with a range of typical symptoms alongside headache including nausea and/or vomiting, sensitivity to light (photophobia), sensitivity to sound (phonophobia), and a sensitivity to the movement (for some people exercise can make their headache worse). These symptoms all feature in the criteria used to diagnose migraine.

However, there are other migraine symptoms that are not included in the criteria used to make a diagnosis (despite them being common). These include vertigo, sensitivity to smells (osmophobia), light causing pain not just sensitivity (photic allodynia), and sensitivity to touch on the head or face (cranial allodynia). The pathophysiology of vestibular migraine has not been established. Observations carried out during episodes and interictal eye movement abnormalities suggest that it is a central vestibular disorder, but peripheral vestibular causes have also been discussed. Except for basilar-type migraine, an ‘aura-type’ mechanism is hypothetical. Cortical spreading depression is assumed to be the mechanism for migraine aura and in theory, this mechanism is also possible in the cerebellum. The vascular theory of migraine is no longer considered valid; instead, migraine is considered to be a brain disorder. For vestibular migraine, the concept of an ion-channel disorder is particularly interesting because different mutations of the CACNA1A gene coding for a transmembrane component of a neuronal calcium channel can provoke familial hemiplegic migraine or episodic ataxia type 2. However, several candidate genes coding for ion-channel proteins have not been found in a population with vestibular migraine

Causes and triggers of vestibular migraines

Doctors aren’t certain what causes vestibular migraines, but some believe that the abnormal release of chemicals in the brain plays a role.

Some of the same factors that trigger other kinds of migraines can trigger a vestibular migraine, including:

Certain foods and drinks can also trigger a vestibular migraine:

What are the Symptoms?

Vestibular migraines don’t always cause headaches. The main symptom is dizziness that comes and goes. Vestibular refers to the inner ear, which controls your hearing and balance. If you’re having a vestibular migraine, you may feel: How is vestibular migraine diagnosed?

Vestibular migraines can be tricky to diagnose because there’s not a clear-cut test for it. Instead, your doctor will discuss your symptoms and history and consider factors laid out by guidelines in the International Classification of Headache Disorders:

In order to treat you best, your doctor will want to rule out these other conditions that could be causing the symptoms:

The treatment of a vestibular migraine is similar to other migraine therapies and usually includes a combination of several treatment modalities. With regard to medications, oftentimes the drugs that relieve dizziness do not improve headaches and vice versa.

Treatments and prevention strategies include:

Avoidance of triggers: One of the first and most important steps is to recognize (and avoid, when possible) anything that triggers migraines. This may include certain foods, sleep loss, or bright lights for starters. The visual motion may sometimes trigger a vestibular migraine (think of looking out a car window while riding).

Acute migraine medications: Medications to treat acute migraine episodes include triptans, including Relpax (eletriptan), Imitrex (sumatriptan), and several others in this class10.

Chronic migraine medications: There are several classes of medications that may be tried in order to reduce the number or frequency of migraine episodes. These can include anti-seizure medications such as Neurontin (gabapentin), beta-blockers, tricyclic antidepressants, calcium channel blockers, and more.

Nausea and dizziness medications: Antiemetics such as Thorazine (chlorpromazine) or Reglan (metoclopramide) are useful for controlling nausea; Antivert (meclizine) is used for dizziness.

Lifestyle changes and preventive medication should help to reduce the frequency of migraine episodes.

It is helpful to pinpoint personal triggers, such as alcohol or lack of sleep, and try to avoid these. Making a note of every migraine episode can help someone to find any common factors that could be triggered.

During a migraine episode, many people will find that lying down in a dark room or sleeping can help.

Taking over-the-counter pain or nausea-relief medication at the first sign of migraine may reduce the severity of the episode.

Vestibular migraine is a serious, disorientating condition that can make people feel too unwell to complete basic tasks, such as sleeping, walking, or driving.

Getting to know personal triggers, consulting a doctor about medication and self-care, and making lifestyle changes can reduce the episodes of vestibular migraine and ensure a good recovery. 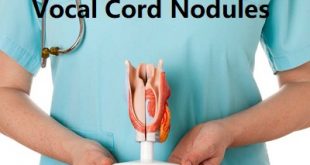