Trachoma is a contagious bacterial infection which affects the conjunctival covering of the eye, the cornea, and the eyelids. It is often associated with poverty and lack of proper hygiene. Trachoma is caused by the Chlamydia trachomatis bacteria and is essentially totally preventable and curable. It is the leading infectious cause of blindness in the world. The disease is one of the earliest known eye afflictions, having been identified in Egypt as early as 15 B.C. Its presence was also recorded in ancient China and Mesopotamia. Trachoma became a problem as people moved into crowded settlements or towns where hygiene was poor. It became a particular problem in Europe in the 19th century. After the Egyptian Campaign (1798–1802) and the Napoleonic Wars (1798–1815), trachoma was rampant in the army barracks of Europe and spread to those living in towns as troops returned home. Stringent control measures were introduced and by the early 20th century, trachoma was essentially controlled in Europe, although cases were reported up until the 1950s. Today, most victims of trachoma live in underdeveloped and poverty-stricken countries in Africa, the Middle East, and Asia.

Trachoma is endemic in parts of Africa, Asia, the Middle East, Latin America, the Pacific Islands, and aboriginal communities in Australia.Worldwide, an estimated 229 million people in 53 countries live in trachoma-endemic areas. In hyperendemic areas, most members of nearly all families may have active disease. When the overall community prevalence decreases to around 20%, active disease is clearly seen to cluster in families. In 1 of 5 families, most children have active trachoma (as opposed to 1 in 5 children in most families). This clustering becomes more apparent in communities as the prevalence decreases.

It is frequently found in children who are dirty, dusty and unhealthy. The symptoms include painful eyes, swollen eyelids, watery discharge from the eyes and itching of the eyes with ear, nose and throat infection. It usually affects one eye and gradually spreads to both the eyes.

If poor hygiene persists the person gets affected again and again.

It causes inward turning of the eyelid such that the eye lashes rub against the cornea .Gradually the symptoms persist and instead of resolving lead to chronic trachoma and leads to blindness between the age of 30 to 40 years if left untreated. If it does not lead to blindness, it leads to scarring of the of the cornea of the eye.

Factors that increase your risk of contracting trachoma include:

The major symptoms or signs of the initial stages of trachoma consist of:

Young children are most susceptible to this disease but the infection normally advances gradually and the most painful signs or symptoms normally will not develop until adult hood.

What are complications of trachoma?

Can trachoma be prevented?

Maintaining good hygiene and sanitation are essential to prevent this disease of the developing countries which has been eradicated from the developed countries. The steps include: 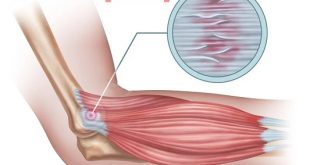 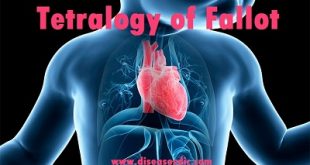