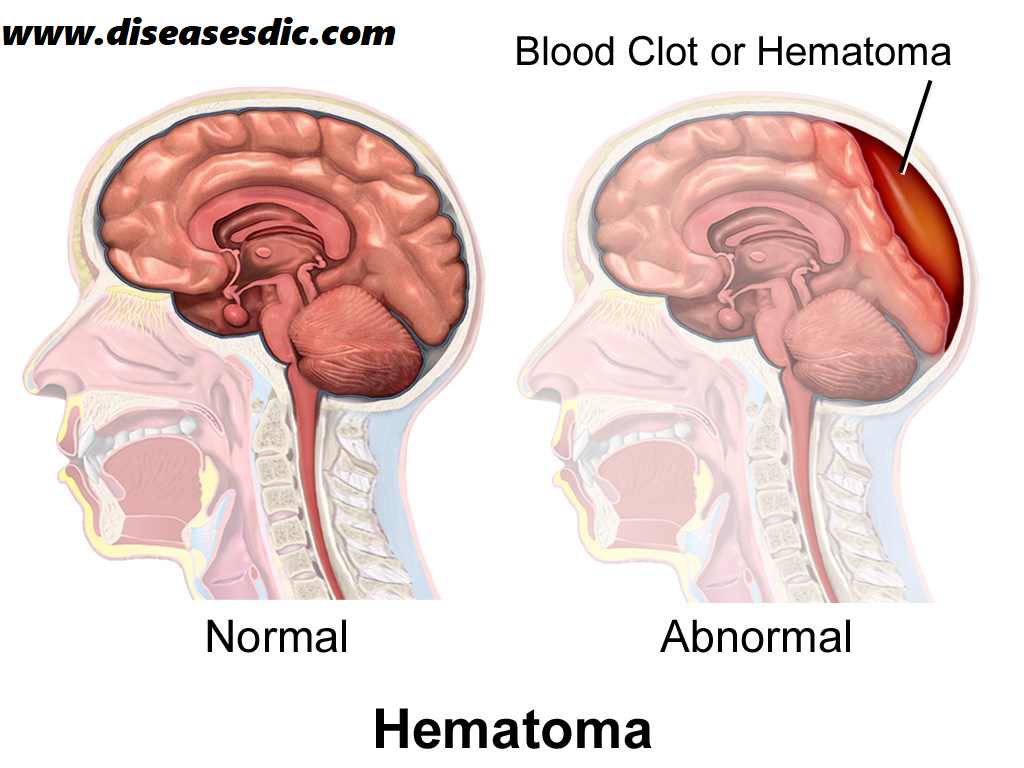 Subdural hematomas are named based on how fast they accumulate.

The usual mechanism that produces an acute subdural hematoma is a high-speed impact to the skull. This causes brain tissue to accelerate or decelerate relative to the fixed dural structures, tearing blood vessels.

Often, the torn blood vessel is a vein that connects the cortical surface of the brain to a dural sinus (termed a bridging vein). In elderly persons, the bridging veins may already be stretched because of brain atrophy (shrinkage that occurs with age). 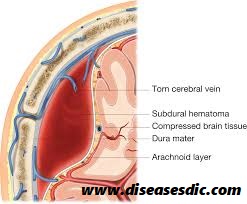 Typically, low-pressure venous bleeding from bridging veins dissects the arachnoid away from the dura, and the blood layers out along the cerebral convexity. Cerebral injury results from direct pressure increased intracranial pressure (ICP), or associated intraparenchymal insults.

In the subacute phase, the clotted blood liquefies. Occasionally, the cellular elements layer can appear on CT imaging as a hematocrit-like effect. In the chronic phase, cellular elements have disintegrated, and a collection of serous fluid remains in the subdural space. In rare cases, calcification develops.

The most common cause for a subdural hematoma is a head injury, such as from a car crash, fall, or violent attack. This sudden impact can strain the blood vessels within the dura, causing them to rip and bleed. Sometimes small arteries break within the subdural space as well. In some people, the brain shrinks (often from aging) and the subdural space gets bigger. This can make the blood vessels more likely to break. Possible causes for a subdural hematoma include:

People with the following conditions have an increased risk of having a subdural hematoma:

An increased risk of chronic subdural hematoma has also been linked with:

Depending on the size of the hematoma and where it presses on the brain, any of the following symptoms may occur:

In infants, symptoms may include:

Diagnosing an intracranial hematoma can be difficult because people with a head injury can seem fine. However, doctors generally assume that a hemorrhage inside the skull is the cause of progressive loss of consciousness after a head injury until proved otherwise.

Imaging techniques are the best ways to determine the position and size of a hematoma. These include:

CT scan. This uses a sophisticated X-ray machine linked to a computer to produce detailed images of your brain. You lie still on a movable table that’s guided into what looks like a large doughnut where the images are taken. CT is the most commonly used imaging scan to diagnose intracranial hematomas. 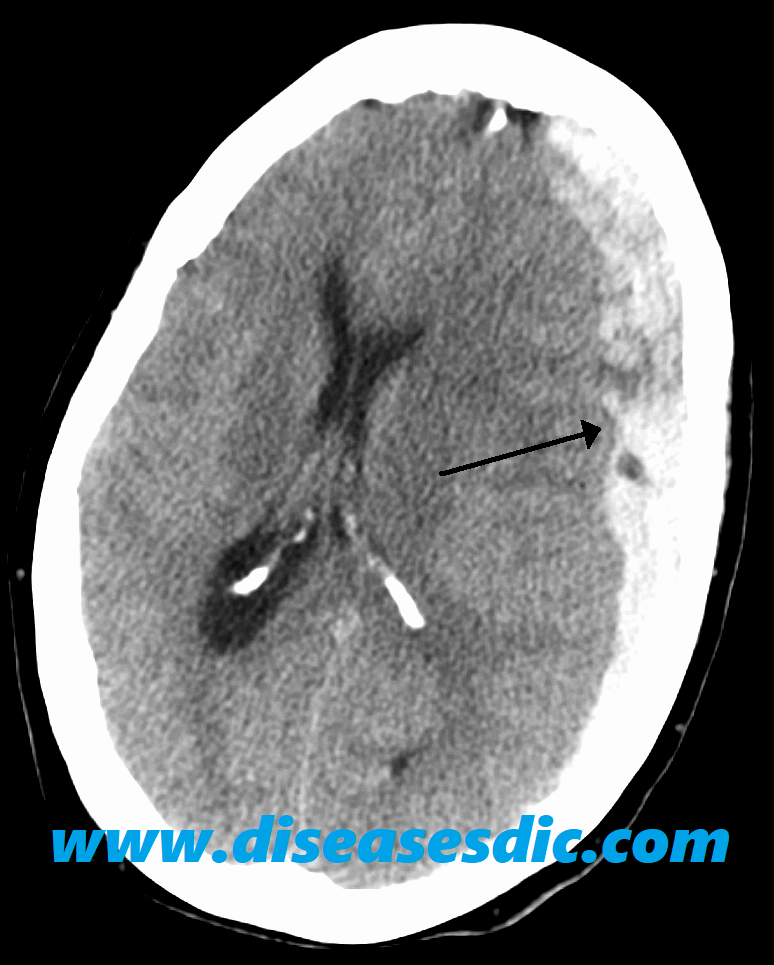 MRI scan. This is done using a large magnet and radio waves to make computerized images. During an MRI scan, you lie on a movable table that’s guided into a tube. MRIs aren’t used as often as CT scans to diagnose intracranial hematomas because MRIs take longer to perform and aren’t as available.

Angiogram. If there is concern about a possible bulge in a blood vessel (an aneurysm) of the brain or other blood vessel problem, an angiogram might be necessary to provide more information. This test uses X-ray and a special dye to produce pictures of the blood flow in the blood vessels in the brain.

Small subdural hematomas with mild symptoms may require no treatment beyond observation. Repeated head scans will likely be needed to monitor hematoma size and trends. Larger hematomas that produce increased pressure or brain shifting need urgent surgery for removal. There are three types of surgery used for removing hematomas. The technique chosen depends on clot size, location, and structure.

One of the ways to prevent a subdural hematoma is to protect yourself from head injuries by using proper safety equipment for work and recreation. Examples are hard hats, seat belts, and bike or motorcycle helmets. Older adults should be cautious and try to improve balance and avoid falls.