Strep throat is a bacterial infection that causes inflammation and pain in the throat. This common condition is caused by group A Streptococcus bacteria. Strep throat can affect children and adults of all ages. However, it’s especially common in children between the ages of 5 and 15. Sneezing and coughing can spread the infection from one person to another.

There is no definite discovery date for Strep Throat since medical technology was not advanced enough to fully identify the bacteria that caused it, Streptococcus pyogenes. Instead, medical researchers have instead reviewed historical records that include data about a very similar bacterial strand called Streptococcus pyonenes, which causes Scarlet Fever and other diseases. A strand of the bacteria was isolated in 1879 by Louis Pasteur (the same man that invented the technique of pasteurization) from a woman that had contracted Perpueral Fever. Several years later, a scientist by the name of Loffler named the strand Streptococcus pyonenes, a strand with very similar qualities to Streptococcus pyogenes.

Strep throat is one of the most common illnesses in children. In the United States, 15-36% of 7.3 million outpatient visits each year among children were due to S. pyogenes. Strep Throat is also more common in the northern area of the United States, however it is seen throughout the nation as well as the world.

Several factors can increase your risk of strep throat infection:

Time of year: Although strep throat can occur anytime, it tends to circulate in late fall and early spring. Strep bacteria flourish wherever groups of people are in close contact.

How strep throat is spread, and is it contagious?

The severity of strep throat can vary from person-to-person. Some people experience mild symptoms like a sore throat, whereas other people have more severe symptoms including fever and difficulty swallowing. The common symptoms of strep throat include:

The symptoms of strep throat typically develop within five days of exposure to the bacteria.

Complications related to the strep infection

Although rare, complications can result from the strep infection spreading to other areas of the body. Infection can spread to the:

Other, rare, complications include:

Your doctor will conduct a physical exam, look for signs and symptoms of strep throat, and probably order one or more of the following tests:

Rapid antigen test: Your doctor will likely first perform a rapid antigen test on a swab sample from your throat. This test can detect strep bacteria in minutes by looking for substances (antigens) in the throat. If the test is negative but your doctor still suspects strep, he or she might do a throat culture.

Throat culture:  A sterile swab is rubbed over the back of the throat and tonsils to get a sample of the secretions. It’s not painful, but it may cause gagging. The sample is then cultured in a laboratory for the presence of bacteria, but results can take as long as two days.

If you’re diagnosed with strep throat, your doctor will prescribe an antibiotic to treat the infection. These medications inhibit the spread of bacteria and infections. Several types of antibiotics are available. However, penicillin and amoxicillin are the most common medications given for a strep infection.

It’s important that you finish your antibiotic treatment course to kill the infection completely. Some people stop taking their medication when symptoms improve, which can trigger a relapse. If this happens, the symptoms can return.

In addition to antibiotics, there are at-home treatments to improve the symptoms of strep throat. These remedies include: 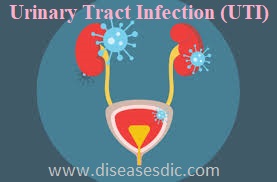