Jet lag is a sleep disorder caused by rapid travel across time zones (jet, or airplane, rather than car or train travel). The medical terms for jet lag are desynchronosis or circadian dysrhythmia. Humans have an internal clock, or circadian rhythm, that has evolved in response to living on a planet with a 24-hour day. This internal clock serves to regulate many of the body’s biological functions, including the sleep-wake cycle. This natural synchronization between body and day is thrown off by fast travel over great distances to the east or west (not north or south in the same time zone). Jet lag is temporary but can be a source of serious discomfort while it lasts. It is also quite common, potentially affecting anyone who flies across time zones for work, school, vacation, or any other reason. If you travel regularly and are troubled by jet lag, contact a primary care physician or sleep specialist at Baptist Health.

Eastward travel: Eastward travels have more chances of inducing jet lags because a virtual shortening of the overall day-length occurs, causing loss of sleeping hours. The main difficulty observed after traveling 6-9 hours towards east is that the local morning time may wrongly coincide with the phase of the body cycle preceding that particular phase. In this case, the internal body clock normally adjusts via a phase delay (disadvantageous as compared to phase advance). This is triggered by melatonin secretion and exposure to bright light during inappropriate timings of the day (that contradicts the normal Circadian Cycle).

Westward travel: During westward travel, the body clock adjusts via phase advance that is more evident during the extended first day of travel. In this case, a short nap is essential during the initial hours of the travel that prevents sleepiness during odd hours of the day (due to homeostatic effects).

There are certain risk factors that may result in symptoms being more severe or longer-lasting.

Travel across three or more time zones: Most people can adjust rapidly to a one or two time zone change. Three or more may cause more noticeable symptoms of jet lag.

Flying east: As stated previously, travel from west to east causes travelers to “lose” time, and this can be a more difficult adjustment.

Frequent travel: Pilots, flight attendants, and frequent business travelers who are constantly in different time zones may have difficulty adjusting.

Alcohol use: Overconsumption of alcohol during long flights can also worsen the symptoms of jet lag.

Most people find that jet lag is worse when traveling east than it is when traveling west. Jet lag differs based on the direction of travel because it’s generally easier to delay your internal clock than advance it. Jet lag does not occur on north-south flights that do not cross multiple time zones.

Not everyone who takes a long-distance flight gets jet lag. Multiple factors influence the likelihood and severity of jet lag:

Trip details: The total distance, amount of layovers, time zones crossed, direction of travel, local daylight hours, length of time at the destination, and other specifics of a trip can affect jet lag.

Arrival time: When you arrive at your destination may affect your circadian rhythm. For eastward travel, some evidence indicates that jet lag is reduced with afternoon arrivals compared to those in the early morning.

Age: A person’s age may play a role in jet lag, although studies have found mixed results. People over 60 experience circadian changes that can make it harder for them to recover from jet lag, but some research in pilots found jet lag to be worse in younger people.

Sleep before travel: Poor sleep in the days leading up to a flight can increase a person’s propensity for jet lag after traveling.

Stress: Being stressed-out can keep the mind and body on-edge in ways that interfere with sleep and make it harder to cope with jet lag.

Use of alcohol and caffeine: Many people drink alcohol and coffee during flights, and these substances affect the brain in ways that can disrupt sleep.

Past history of jet lag: People who have previously had jet lag are prone to have it again.

Individual variation: For reasons that aren’t fully understood, some people are more likely to experience circadian rhythm disruption with long-distance flights than others.

Because there are many factors involved, it is hard to know exactly who will develop jet lag, how severe it will be, and how long it will last. However, it is common for at least mild jet lag to occur when more than three time zones are crossed during flight.

In the new location, circadian signals may conflict with environmental and social cues in the context of jet lag. This may lead to a constellation of symptoms, including:

These symptoms may be disruptive and may be exacerbated by sleep deprivation, dehydration, sleep environment changes, and stress associated with travel. So, we have taken it upon ourselves to scour the internet and found the most common concerns about jet lag and put them into one place for your convenience.

Life-threatening issues like motor vehicle accidents as a result of drowsy driving may be more likely in jet-lagged individuals.

If you answered yes to each of these questions, then you may have jet lag.

A visit to a sleep doctor is not necessary unless you travel often and continue to struggle, or suspect you have another sleep disorder such as sleep apnea. You should be able to adjust your sleep schedule and overcome jet lag on your own.

Fortunately for most travelers, jet lag is a temporary condition that can be quickly remedied and rarely requires professional intervention or therapy. As a general rule of thumb, when traveling east it takes about one day of recovery for each time zone crossed, and half the amount of time for westward travel. Jet lag has a maximum circadian rhythm disruption of up to twelve hours.

Here are some DIY (do it yourself) tips on dealing with jet lag:

Adjust your schedule in advance: Before traveling begin by trying to adapt to the sleep patterns of your new destination. If traveling east, begin going to bed 30 minutes earlier each day until you’re closely in sync with the bedtime of your future location. If traveling west, do the opposite by staying up a little later each night.

Arrive early: If traveling for work and want to be awake for important business, arrive at your destination early to give you more time to adjust to the new schedule.

Expose yourself to natural light: Your circadian rhythm is greatly influenced by sunlight exposure. Getting out into the daylight at key times can help you adjust your body clock much faster. When traveling west, expose yourself to outside light early in the mornings but avoid it during late afternoons and evenings. When traveling east, avoid early morning light, and expose yourself to late afternoon/evening light. Artificial light can also to treat jet lag in similar ways that it is used to treat shift work sleep disorder and seasonal affective disorder. However, if considering bright light therapy, discuss it with your doctor first to make sure you’re getting the right amount of exposure at the right times. Avoid alcohol and caffeine: Caffeine is a stimulant and its effects can last much longer than desired making getting into a new sleep routine difficult. Alcohol makes you drowsy, and many believe that it helps induce sleep. While it’s true that alcohol can aid in falling asleep, it often disturbs your sleep and reduces the quality of sleep with frequent awakenings and trips to the bathroom.

Drink plenty of water: To avoid dehydration and headaches on long flights, keep yourself well hydrated by drinking plenty of water and avoiding alcohol and caffeine.

Use sleeping aids: If you’re trying to sleep on the plane in anticipation of your new upcoming sleep schedule, try using blindfolds to block out light, earplugs to block out noise, and a neck pillow to get as comfortable as possible.

For most travelers, jet lag is easily remedied after a few days in a new location. However, if your trip is only a few days long before you plan on returning home, it is often best to maintain your regular schedule so that you’re not once again readjusting to a new time when you arrive back home shortly.

For frequent flyers, pilots, flight attendants, and airline crew, jet lag can become a recurring problem. If you fit into this category of flyers, you may want to consult with a sleep specialist. Sleep specialists are highly trained in helping people shift their circadian rhythms by offering advice and prescriptions for a variety of treatments including bright light therapy, melatonin supplements, and other medications.

Although nothing will prevent jet lag completely, travelers can do a few things to limit its effects: 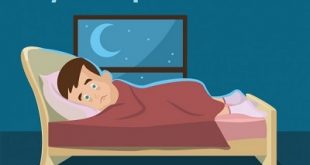 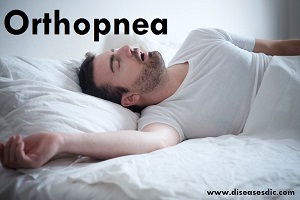 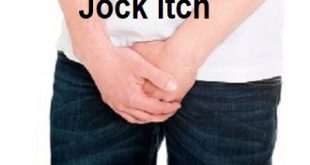 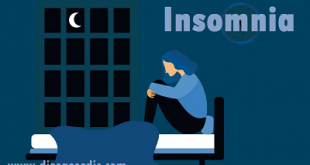