Influenza is a viral infection that attacks your respiratory system — your nose, throat and lungs. Influenza is caused by three types of RNA viruses called influenza types A, B and C (considered different genera), which all belong to the family Orthomyxoviridae. The disease, colloquially called “flu” in humans, is generally caused by the viruses A and B, which are transmitted by aerosols from infected individuals or via close contact with infected animals. Influenza hemagglutinin is a surface glycoprotein that binds to sialic acid residues on respiratory epithelial cell surface glycoproteins. This interaction is necessary for the initiation of infection. After viral replication, progeny virions are also bound to the host cell. Neuraminidase cleaves these links and liberates the new virions; it also counteracts hemagglutinin-mediated self-aggregation entrapment in respiratory secretions.

Influenza type A viruses can be further divided into subtypes based on two membrane proteins on the surface of the virus. These proteins are called hemagglutinin (HA) and neuraminidase (NA). There are 18 different HA and 11 different NA subtypes (HA1 through HA18 and NA1 through NA11, respectively).

Influenza B viruses are responsible the same spectrum of disease as influenza A; however, influenza B viruses do not cause pandemics. Such property may be a consequence of the limited host range of the virus (only humans and seals), which limits the occurrence of new strains by reassortment. In addition, they are not divided into subtypes, although can be broken down into lineages and strains. Currently circulating influenza B viruses belong to one of the two lineages: B/Victoria and B/Yamagata.

Influenza B virions contain four envelope proteins: HA, NA, NB, and BM2. The BM2 protein is a proton channel that is essential for the uncoating process (akin to the M2 protein of influenza A virus). The NB protein is thought to be an ion channel, not required for viral replication in cell culture.

The M1 protein lies just beneath the membrane, similar to influenza A and B virions. A minor viral envelope protein is CM2, which has a function of an ion channel. This virus does not contain separate HA and NA glycoproteins, yet their function is consolidated in one glycoprotein called HEF (hemagglutinin-esterase-fusion). Therefore the influenza virion contains 7 RNA segments, and not 8.

Influenza type C infections cause a mild respiratory illness (comparable to other common respiratory viruses) and are not thought to cause epidemics.

Probably people started to get influenza around the time they started keeping chickens and living in cities – in China and India, about 3000 BC, in Greece about 500 BC, and in North America not until about 1500 AD. But the first good description of influenza comes from Hippocrates, in Greece, who described an influenza epidemic that happened in 412 BC.

The term “influenza” was coined by an Italian in the mid-1700’s to conote a disease resulting from miasma (bad air). The human disease is thought to have arisen about 6000 years ago. A human influenza virus was not isolated until 1933. Wilson Smith, Christopher Andrews, and Patrick Laidrow first identified the virus that causes human influenza only because they found a suitable host for propagation. Laidrow used ferrets in his studies on canine distemper virus, and was able to propagate the flu virus in that same host, as well. Influenza virus was later shown to also infect adult mice and chicken embryos.

Global influenza surveillance indicates that influenza viruses are isolated every month from humans somewhere in the world. In temperate regions, influenza activity peaks during the winter months. In the Northern Hemisphere, influenza outbreaks and epidemics typically occur between November and March, whereas in the Southern Hemisphere, influenza activity occurs between April and September. In tropical regions, influenza can occur throughout the year. Although the epidemiology of influenza has been studied for many years, certain features—such as its seasonality, the precise mechanism for the emergence of new variants, and the factors that influence the spread of the disease—are not well understood. In the majority of cases, flu is not serious – it is just unpleasant. For some people, however, there can be severe complications. This is more likely in very young children, in the elderly, and for individuals with other longstanding illness that can undermine their immune system.

The risk of experiencing severe flu complications is higher for certain people:

Some of the complications caused by influenza may include bacterial pneumonia, dehydration, and worsening of chronic medical conditions, such as congestive heart failure, asthma, or diabetes. Children may develop sinus problems and ear infections. The symptoms of influenza (flu) appear suddenly and often include:

Several types of influenza tests are available. The method used often depends on availability and reason for testing.

Rapid flu tests—depending on the method, a flu test may be completed in a healthcare practitioner’s office or near a hospital patient’s bedside in 20 minutes or less, or the sample may be sent to a laboratory, with the results available the same day

Real Time Reverse Transcription Polymerase Chain Reaction (RT-PCR) and other molecular tests – these tests detect viral genetic material (RNA) in respiratory samples. They are generally more sensitive and specific for the influenza virus than rapid antigen detection tests. They can more accurately detect the virus when it is present and rule it out when it is not. Depending on the test used, they will identify 66% to 100% of influenza cases.

Viral culture—in this test, the virus is actually grown and further identified in the laboratory as influenza A or B and the strain present, or as another respiratory virus. The availability of viral cultures is decreasing as most laboratories adopt molecular assays to detect viral infections. Viral cultures are costly and more difficult to perform and take up to 3 to 10 days to provide a result, which makes them less useful for determining whether or not someone has the flu and for making treatment decisions.

Additional laboratory tests may be used in conjunction with influenza testing to help rule out other types of infections with similar symptoms and/or if the cause of the infection is unclear. Examples include:

As flu is caused by a virus, antibiotics cannot help, unless the flu has led to another illness caused by bacteria. Antivirals, such as oseltamivir (Tamiflu) and zanamivir (Relenza), may be prescribed in some circumstances.

Painkillers can alleviate some of the symptoms, such as headache and body pains.

Some painkillers, such as aspirin, should not be given to children under 12.

Individuals with flu should:

It is a good idea for people that live alone to tell a relative, friend, or neighbor that they have flu and make sure someone can check in on them.

There are two types of vaccinations, the flu shot and the nasal-spray flu vaccine. The flu shot is administered with a needle, usually in the arm – it is approved for anyone older than 6 months, including healthy people and those with chronic medical conditions.

You can reduce the risk of infection by getting vaccinated and practicing good hand and respiratory hygiene to protect yourself and others: 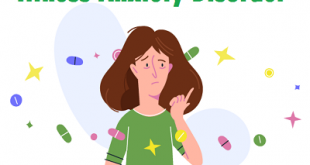