Filariasis is an infectious tropical disease caused by any one of several thread-like parasitic round worms. The two species of worms most often associated with this disease are Wuchereria bancrofti and Brugia malayi. The larval form of the parasite transmits the disease to humans by the bite of a mosquito. Depending on the area which the worms affect, filariasis is classified as-

Filariasis is not a life-threatening infection but it can cause lasting damage to the lymphatic system. The disease causes no symptoms in the initial stage. Therefore, most people initially are not aware that they have filariasis. Lymphedema with thickening of the skin and underlying tissues is the classical symptom of filariasis.

The clinical course of lymphatic filariasis is broadly divided into the following: Lymphatic filariasis symptoms predominantly result from the presence of adult worms residing in the lymphatics. They include the following:

The following acute syndromes have been described in filariasis: Lymphatic Filariasis otherwise known as Elephantiasis is believed to have been around as early as 2000 B.C. A statue of Pharaoh Mentuhotep II depicts swollen limbs, a characteristic of elephantiasis. The first written account of lymphatic filariasis comes from the ancient Greek and Roman civilizations. In 1900, George Carmichael Low discovered microfilariae in the mouth of mosquitoes, and finally pinpointed the true mechanism of transmission. Due to this discovery, we now know that transmission is due to an infective bite from a mosquito.

One of the most break through discoveries was that made by Patrick Manson in 1877. Manson was the first to look for a host for microfilariae. In 1877, he was finally able to pinpoint the microfilariae in mosquitoes. This discovery was later applied to other tropical diseases such as malaria, and was the first discovery of an arthropod as a carrier.

Eight different thread-like nematodes cause filariasis. Most cases of filaria are caused by the parasite known as Wuchereria bancrofti.

Manifestations can be protean and classified as:

Laboratory tests can be divided into nonspecific and specific tests.

Prevention and cure of entry lesions

Avoidance of mosquito bites through personal protection measures or community-level vector control is the best option to prevent lymphatic filariasis. Periodic examination of blood for infection and initiation of recommended treatment are also likely to prevent clinical manifestations.

The recent availability of drugs to prevent transmission of the disease and simple, low cost treatment modalities which offer relief to person with evident disease, herald a brighter future in tackling this potentially eradicable disease. Mass administration of single annual doses of albendazole 400 mg along with DEC 6 mg/kg body weight is the recommended strategy to prevent transmission of filariasis for India. This has the added benefit of clearing the intestinal helminths in the community. 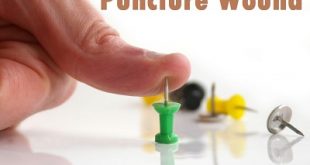 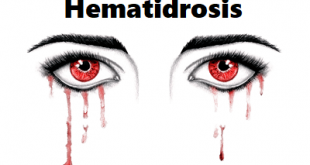 Description Hematidrosis or hematohidrosis is extremely rare. Only a handful of cases have ever reported. …