Fibromyalgia is the most common condition in which a person has long-term, body-wide pain and tenderness in joints, muscles, tendons, and other soft tissue. Fibromyalgia has also been linked to fatigue, sleep problems, headaches, depression, and anxiety. The pain of Fibromyalgia Syndrome is usually described as aching, throbbing or burning and is unpredictable in nature. Its severity varies from day to day and different parts of the body tend to be affected at different times. In some people FMS can be very severe and disabling, while in others it may cause only mild discomfort. This is precisely what happens in your pain pathways: malfunctions in these neurotransmitters lead to a situation in which some stimuli are perceived more strongly than usual, thus producing the characteristic, widespread aches and pains of fibromyalgia.

History: Past to Present

Chronic widespread pain, the cardinal symptom of fibromyalgia (FM), is common in the general population, with comparable prevalence rates of 7.3% to 12.9% across different countries. The prevalence of FM in the general population was reported to range from 0.5% to 5% and up to 15.7% in the clinic. The common association of FM with other rheumatic disorders, chronic viral infections, and systemic illnesses has been well documented in several studies. Up to 65% of patients with systemic lupus erythematosus meet the criteria for FM. FM is considered a member of the family of functional somatic syndromes. These syndromes are very common and share a similar phenomenology, epidemiologic characteristics, high rates of occurrence, a common pathogenesis, and similar management strategies. A high prevalence of FM was demonstrated among relatives of patients with FM and it may be attributed to genetic and environmental factors.

The causes of fibromyalgia are not known. Researchers think a number of factors might be involved. Fibromyalgia can occur on its own, but has also been linked to:

What are the Symptoms of Fibromyalgia?

The symptoms of Fibromyalgia vary a great deal. People with Fibromyalgia often complain of varying degrees of muscular pain, stiffness and fatigue. In the past, doctors would check 18 specific points on a person’s body to see how many of them were painful when pressed firmly. Newer guidelines don’t require a tender point exam. Instead, a fibromyalgia diagnosis can be made if a person has had widespread pain for more than three months — with no underlying medical condition that could cause the pain.

While there is no lab test to confirm a diagnosis of fibromyalgia, your doctor may want to rule out other conditions that may have similar symptoms. Blood tests may include:

Medical attention is needed, because fibromyalgia can be difficult to manage. As it is a syndrome, each patient will experience a different set of symptoms, and an individual treatment plan will be necessary.

Treatment will usually include some or all of the following:

Drugs may be recommended to treat certain symptoms. Prevention and management of fibromyalgia

Lack of restorative sleep is both a symptom of fibromyalgia and a cause of flare-ups. Poor sleep creates a cycle of more pain, making it harder to sleep, which causes more pain, and so on. You may be able to break the cycle by going to bed at the same time every night and practicing good sleep habits.

Try relaxing one hour before bed by shutting off the television and other electronic devices. Reading, taking a warm bath, or meditating are all good ways to unwind and prepare for deeper sleep. Your doctor may prescribe a sleep aid if you have persistent problems falling or staying asleep. 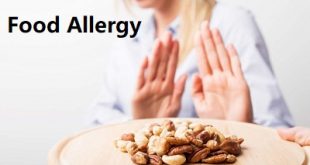 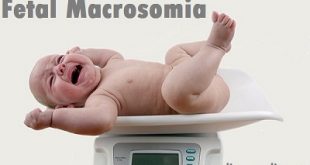