Ebola Virus Disease (EVD) is a highly contagious infection caused by one of five virus species belonging to the Filoviridae family believed to be carried by fruit bats. The Zaïre, Sudan, Taï Forest, and Bundibugyo viruses cause illness in humans while the Reston species affects animals.

It is still unclear how the virus originated or how it lives in the natural environment, but it is believed to be a zoonosis (an animal disease that can spread to humans). Fruit bats are the suspected natural hosts that transmit the virus to other animals such as gorillas, chimpanzees, or monkeys. If a person comes into close contact with infected wildlife, they can spread the infection to other humans. Person to person transmission occurs when coming into contact with the blood, organs, and bodily fluids of infected persons or cadavers without proper infection control gear (like masks, gloves, and gowns). Transmission can also occur when coming into direct contact with contaminated surfaces and materials such as clothing, unsterilized medical instruments, and infected blood products. So far, scientists have not been able to prove that the infection spreads among humans through air particles by sneezing or coughing.

More evidence is needed on the risks of sexual transmission, but all Ebola survivors should practice safe sex for at least 12 months. Due to confirmed cases of male-to-female sexual transmission, men should have their semen tested at least twice to confirm that the virus is no longer active in the body before having sexual intercourse. Humans are infectious as long as their blood contains the virus.

Ebola virus disease (EVD) is a severe disease caused by the Ebola virus, a member of the filovirus family, which occurs in humans and other primates. The disease emerged in 1976 in almost simultaneous outbreaks in the Democratic Republic of the Congo (DRC) and Sudan (now South Sudan).

Between 1979 and 1994 no cases or outbreaks were detected, however since that time outbreaks have been recognized with increasing frequency (see table below).

There are 6 species of Ebola virus, 4 of which have caused disease in humans:

How EVD gets transmitted?

Transmission of Ebola between humans can occur through:

People who are living in or traveling to affected areas of Africa may be at risk of infection.

The risk of infection with Ebola is extremely low, unless there has been direct exposure to the blood or bodily fluids of an infected person or animal, alive or dead, including unprotected sexual contact with people who have had a diagnosis of Ebola confirmed, up to three months after they have recovered.

If you are traveling in an affected country and you feel unwell, seek immediate medical attention.

If you have returned from travel in an affected country and you feel unwell, seek immediate medical assistance and tell your doctor where you have been, or mention if you know that you have been in contact with someone who has had Ebola.

The exact cause of EVD is unknown. Scientists believe that it is animal-borne and most likely comes from bats, which transmit the Ebola virus to other animals and humans. There is no proof that mosquitos or other insects can transmit the virus. Once infected, a person can spread the virus to other people.

Direct contact means that a person’s eye, mouth, nose, or broken skin touches contaminated blood, fluids, or an object. Broken skin may be a cut, scratch, scrape, or open wound.

The incubation period, that is, the time interval from infection with the virus to onset of symptoms is from 2 to 21 days. A person infected with Ebola cannot spread the disease until they develop symptoms.

Symptoms of EVD can be sudden and include:

This is followed by:

Diagnosing Ebola may be challenging because the early symptoms, such as fever, red eyes, and a skin rash, are not specific to Ebola infection and are seen often in patients with more commonly occurring diseases. Confirmation that symptoms are caused by Ebola virus infection are made using the following investigations:

Samples from patients are an extreme biohazard risk; laboratory testing on non-inactivated samples should be conducted under maximum biological containment conditions.

For the treatment of Ebola virus disease, there is no Food and drug administration(FDA) approved treatment or vaccine available. The treatment focuses on treating the symptoms and complications as they appear. The following supportive treatment is given to the patient:

The Ebola outbreak in West Africa is now over. The risk of catching the infection while traveling to previously affected countries is very small. But if you’re visiting one of these areas, it’s still a good idea to follow these simple precautions to minimize your risk of picking up potentially serious infections: 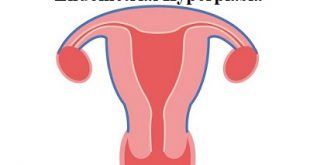