Mutations in the gene ATP2A2 on chromosome 12q23-24, which codes for sarco-endoplasmic reticulum Ca2+ ATPase, leads to both acantholysis and apoptosis. Defects in Ca2+ sequestration from the cytosol into the lumen of ER damages the normal processing of junctional-adhesion proteins such as impaired synthesis, maturation, or function of the desmosomes in epithelial cells.

The mechanisms by which specific ATP2A2 mutations impact the function of the ATP2A2 protein have been investigated using an in vitro model. The investigators found that the resultant transfected cells showed defects in ATP2A2 protein expression, ATP hydrolysis, calcium transport and calcium binding. Thus diverse biochemical mechanisms are responsible for altered protein function.

Darier disease is caused by mutations in the ATP2A2 gene. This gene gives the body instructions to make an enzyme known as SERCA2. This enzyme helps control the level of calcium ions inside cells. Calcium ions act as signals for many cell functions needed for normal development.

Mutations in the ATP2A2 gene affect the amount or function of the SERCA2 enzyme. This enzyme is expressed throughout the body, and it is unclear why mutations in this gene affect only the skin.

The linear form of Darier disease is also caused by ATP2A2 gene mutations, but these mutations are acquired and arise in only some body cells after conception (somatic mutations).

Darier disease is a skin condition characterised by wart like blemishes on the body. These are usually coloured (yellow-brown or brown), hard to the touch, mildly greasy and can emit a strong odour.

Common sites for blemishes are the scalp, forehead, upper arms, chest, back, knees, elbows, and behind the ear. Pits (depressions in the skin) may be present in the palms of the hands and soles of the feet. The mucous membranes may also be affected including the mouth (palate), inside the cheeks, gums, and throat, the vulva and rectum.

Red and white streaks in the nails, with irregular texture, can occur.

The symptoms usually appear in late childhood to early adulthood.  A person with the condition may have ‘flare-ups’ where more symptoms are present and periods with fewer blemishes.

Other characteristics may include:

Another form of Darier disease is the linear or segmental form which has blemishes on localised areas of the skin; these blemishes are not as widespread as typical Darier disease and may only occur on one side of the body. Typical sign of Darier’s disease in lower back area

Most affected patients develop signs before the age of 20 years.

Flare-ups may be caused by any of the following factors.

In most patients, general health remains good regardless of the severity of the disease. However, it can have a major impact on psychosocial functioning. The doctor will ask about your symptoms and health history. A physical exam will be done. It will focus on the skin. This is often enough to make the diagnosis.

Oral retinoids have been reported to be effective treatments. However, prolonged use of oral retinoids can cause significant side effects and individuals using these drugs need to be monitored closely by their physicians. Symptoms of the disease will return if the retinoid therapy is stopped.

Topical retinoids such as tazarotene, isotretinoin, and adapalene have been shown to be effective in some individuals. Tacrolimus ointment, a calcineurin inhibitor, has been helpful in moderating symptoms in some patients.

Photodynamic therapy, a type of photochemotherapy delivered in dermatology departments, that is used to treat other skin conditions (e.g. Actinic Keratosis) has been used effectively in some cases of Darier disease. Botulinum toxin injections has been reported in a small number of patients and may be helpful for severe Darier disease. This can be helpful in reducing sweating and can be discussed with your dermatologist.

The avoidance of triggers is paramount in preventing exacerbations of Darier disease. 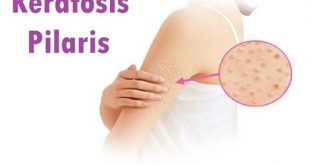 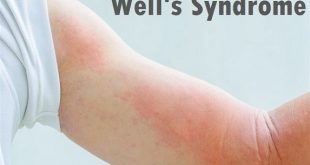