A convulsion is an episode in which you experience rigidity and uncontrolled muscle spasms along with altered consciousness. The spasms cause jerky motions that generally last a minute or two.

Convulsions can occur during certain kinds of epileptic seizures, but you can have convulsions even though you don’t have epilepsy. Convulsions can be a symptom of a number of conditions, including a sudden fever spike, tetanus, or very low blood sugar. Certain factors may increase your risk of convulsion:

Several different conditions can cause convulsions, including:

According to the Epilepsy Foundation, epilepsy is a condition that causes a person to experience many seizures.

Seizures are electrical disturbances in the brain. There are many different types of seizure, which each have different symptoms.

Sometimes, epileptic seizures can cause a person to experience convulsions. The most common type is called tonic-clonic seizures. “Tonic” means stiffening while “clonic” means jerking. These movements describe the primary characteristics of the seizure.

In addition to convulsions, a person may also make a groaning noise as air travels forcefully past their vocal cords.

Many people think of convulsions when they refer to epileptic seizures, but some seizures do not result in convulsions.

For example, an absence seizure is when a person remains motionless and unresponsive during an electrical disturbance in the brain.

According to the National Institute of Neurological Disorders and Stroke (NINDS), febrile seizures can affect children between the ages of 6 months and 5 years who are experiencing a fever.

Febrile seizures cause convulsions that typically last up to 5 minutes.

The majority of febrile seizures do not have any lasting negative impact on a child. They are generally harmless and do not require treatment.

However, if the seizure goes on for more than 5 minutes, or if the child does not recover quickly, it is essential to call an ambulance.

According to the NINDS, non-epileptic seizures are seizures that appear to be epilepsy but are not due to electrical disturbances in a person’s brain.

According to the National Centre for Advancing Translational Sciences (NCATS), paroxysmal kinesigenic dyskinesia (PKD) is a rare condition that causes convulsions.

PKD seizures typically happen after a person experiences a sudden motion, such as being startled or standing up.

The convulsions typically last less than 5 minutes but can last longer in some cases. A person will usually experience fewer episodes as they get older.

It is a genetic condition, which means a parent can pass it on to their children.

Research has found that anticonvulsant drugs, such as carbamazepine are an effective treatment for PKD.

There is some evidence that migraines may lead to epileptic seizures. This is called migralepsy.

However, other researchTrusted Source disputes this understanding of migralepsy. More research is necessary to help determine whether migralepsy is a distinct condition.

What are the symptoms of convulsion?

Convulsions are easy to spot, with symptoms such as:

These symptoms usually last from a few seconds to several minutes, though they can last longer.

Children may be cranky after a febrile convulsion and some may fall into a deep sleep lasting an hour or more.

To diagnose the cause of a convulsion, a doctor will first take a medical history and consider any other symptoms a person has, followed by a physical examination. This likely will be followed by a focus on potential neurological causes or conditions that can trigger abnormal brain activity.

A neurological examination is a series of in-office tests to assess mental status, motor function, balance, coordination, reflexes, and sensory responses.7 It typically involves instruments like a penlight or reflex hammer and is not painful.

A neurological workup can help a doctor determine if a convulsion occurred because of an issue with the central nervous system.

If a neurologic disorder is suspected, the doctor will likely order an electroencephalogram (EEG), a non-invasive test in which electrodes attached to the head measure electrical brain activity.

In some cases, an EEG may require an overnight hospital stay in order to “catch” a convulsive episode when it occurs.8 certain abnormal brain patterns may be suggestive of epilepsy, a brain injury, brain tumor, or other neurologic disorders.

Blood tests may be ordered to check for signs of infection, electrolyte imbalances, and generalized markers of inflammation. A drug toxicology report may also be ordered.

Imaging studies can check for evidence of brain lesions or tumors as well as signs of bleeding, clots, or subdural effusion (an abnormal accumulation of fluid in the skull). The choice of study depends on the suspected cause and may include.

What’s the treatment for convulsion?

When it comes to febrile convulsions in children, there may not be a need for treatment other than to address the cause of the fever. Sometimes your doctor may prescribe medication to use if another febrile convulsion occurs.

If seizures and convulsions become frequent, your doctor may recommend medicines that can help prevent seizures. Treatment options will depend on the cause.

It can be unsettling to see someone having convulsions, but it’s important to try to remain calm. What not to do if someone is having a convulsion

Febrile convulsions are likely to end before you can call for help. Try to lower the fever by taking off extra blankets and heavy clothing. Offer comfort and reassurance.

Consult with your doctor before giving medications. After a convulsion, a child may be irritable for a couple of days. Stick to usual sleep times and allow the child to sleep in their own bed. 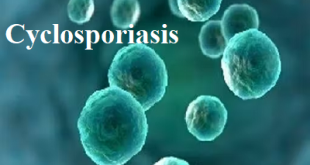 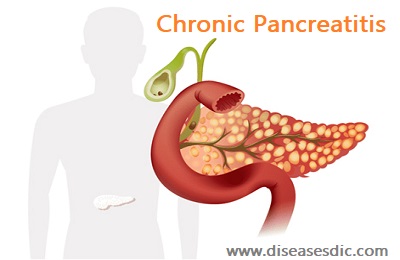 What is Chronic Pancreatitis? Chronic pancreatitis is an inflammation of your pancreas that doesn’t improve …