Scurvy is a disease caused by prolonged severe dietary deficiency of ascorbic acid, in which the breakdown of intercellular cement substances leads to capillary haemorrhages and defective growth of fibroblasts, osteoblasts, and odontoblasts results in impaired synthesis of collagen, osteoid, and dentine. It is characterized by haemorrhagic gingivitis affecting especially the interdental papillae (in the absence of teeth, the gums are normal), subperiosteal haemorrhages, bone lesions (including the corner fraction sign, a ground-glass appearance, and trabecular atrophy) seen on radiography, perifollicular haemorrhages, and frequently petechial haemorrhages (especially on the feet). Sudden death may occur as a result of cerebral or myocardial haemorrhage. The first written account of a disease likely to be scurvy comes from the Ebers papyrus which has been dated to 1500 BC Egypt.  The Ebers papyrus not only diagnosed scurvy, but prescribed that victims of scurvy be treated with onions, a common source of vitamin C. Ancient Greece also recorded instances of scurvy.

Hippocrates, Father of Medicine, wrote that individuals with scurvy “have foetid breath, lax gums, and h[e]mmorrhage from the nose.” Unlike the Egyptians, Hippocrates unnamed cure was likely ineffective as it required “a tedious cure that often ‘accompanied a patient to his death’”.

Apart from Hippocrates, however, there is little documentation of incidences of scurvy or its medical treatments in the ancient world.  English surgeon, James Lind, who wrote one of the first comprehensive treaties on scurvy, noted that ancient Greek, Roman and Arab authors and scientists were almost completely silent on the issue of scurvy.

The epidemiology of scurvy in the modern era is poorly described. Outside of infrequent epidemics, scurvy is thought to be rare. No outbreaks of adult scurvy have been reported in North America in many years and the last western infantile scurvy epidemic ended in the 1960s.

Scurvy is a problem when general malnutrition exists, as in some impoverished, underdeveloped third world countries. Scurvy also occurs in epidemic proportions in international refugee camps and in populations that subsist mainly on cereal grains.

Data from the National Health and Nutrition Examination Survey (NHANES 2003-2004) that assessed the prevalence of vitamin C deficiency in the United States among a sample of 7277 children and adults (older than age 6 y) found that men aged 20-39 and those older than 60 years had a higher prevalence of deficiency than similarly aged women. Overall, 8.2 of men and 6 of women were deficient in vitamin C, which is decreased from the NHANES 1994, which showed 14% of men and 10% of women deficient

The main cause is an insufficient intake of vitamin C, or ascorbic acid (Vitamin C). Humans cannot synthesize vitamin C. It needs to come from external sources, especially fruits and vegetables, or fortified foods.

Symptoms and signs associated with scurvy

The following symptoms may occur:

The following signs may be present:

What are the potential complications of scurvy?

If you are diagnosed with scurvy, you can help minimize your risk of serious complications by carefully following the treatment plan you and your health care provider design specifically for you. Complications of scurvy include:

Diagnosis and testing of scurvey

The diagnosis of scurvy is considered a “clinical diagnosis,” which means that the condition should be diagnosable based on the classic signs and symptoms combined with a history of poor nutrition.

Detailed questions about diet and eating habits along with information about a person’s socioeconomic status and living situation help identify risk factors for nutritional deficiency.

The physical exam would show signs of easy bleeding in the skin (bruising, petechiae) and gums (redness, swelling and even loose teeth or loss of teeth). Bleeding and bruises, however, are nonspecific, meaning they can be caused by a number of disorders. The most specific sign of scurvy is the presence of bleeding around hair follicles with the “corkscrew hairs” growing from affected follicles.

Because scurvy is unusual, doctors may think the signs and symptoms are due to other, more common causes such as the following:

The following are some of the tests and studies doctors may order as part of the diagnosis, with the expected results if the person has scurvy:

The CBC may show low numbers of red blood cells (anemia) due to blood loss, but other blood cells levels would be normal

Because easy bleeding can be a sign of clotting problems, doctors may test the blood to see how long it takes to clot. In scurvy, clotting times are normal.

X rays may show bone changes in the tibia (shin bone) in adults, or changes at the ends of long bones, such as bone thinning and irregular cartilage, in children.

In scurvy, a small sample of the skin in the area of an affected follicle (with pinpoint bleeding and coarse hair) would show irregularly shaped hair follicles with thickened edges and coiled, irregular hair shafts when examined under a microscope.

Evidence of malnutrition, signs and symptoms of easy bleeding, a low blood level of vitamin C strongly support the diagnosis of scurvy. However, ultimately the best confirmation of the diagnosis is whether or not the symptoms improve with vitamin C treatment.

Along with the vitamin C supplements and dosage, regular diet must also include –

The following foods are some of the best natural sources of vitamin C:

Because vitamin C is destroyed with heat, you get the most vitamin C when you eat these fruits and vegetables raw, not cooked. The amount of vitamin C needed each day is different for different groups of people:

For perspective, one half-cup of raw red pepper contains 95 mg of vitamin C, providing more than 100% of the average adult’s RDA, and one medium orange contains 70 mg. Symptoms of scurvy occur when vitamin C intake falls below around 10 mg/day over a period of several weeks. Exceeding the RDA for vitamin C is not harmful, aside from digestive upset related to eating large quantities of fruit or produce such as diarrhea or gas. 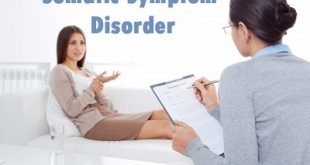